Matt Springer's comment that while differences in regards to abortion remain important among the young, but that there no deep fissure in regards to homosexuality, rings true. I decided to look at the same variables as I did below across the years, but limited to the age group 18-30. In other words, each year from the early 1970s to the 2000s you are looking at the opinions of individuals who are in the age range 18-30 during that year. An interesting trend popped up. 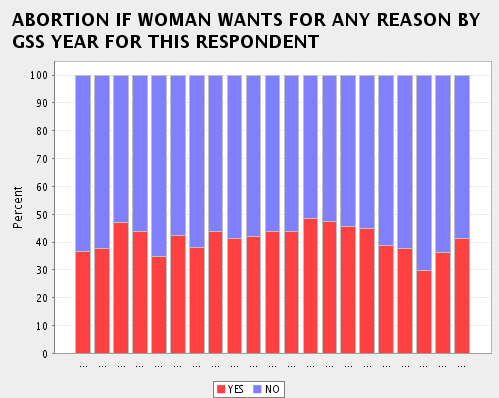 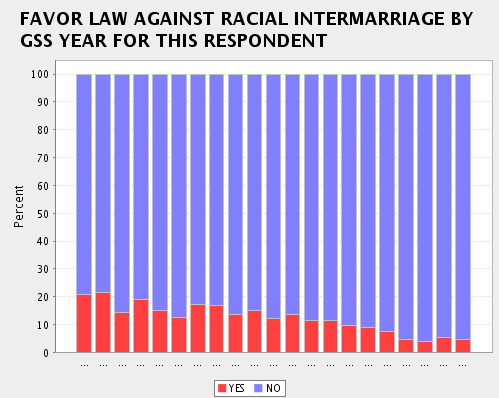 The trends for abortion and opposition to interracial marriage are familiar (though the latter exhibits differences by magnitude if not direction). But as you can see attitudes toward homosexuality among the young varied greatly, with a "false dawn" of tolerance for homosexuality among the young of the early 1970s, probably in the wake of 1960s radicalism. It seems that a second wave of tolerance for homosexuality is emerging, and interestingly it seems the trend began to reverse about 20 years after the early 1970s, when large numbers of the offspring of the "flower children" would themselves be reaching adulthood.