The Star Hopping Strategy that Could One Day Save Humanity

By the time the Sun turns into a Red Giant, humanity will need to have settled elsewhere. Here's how. 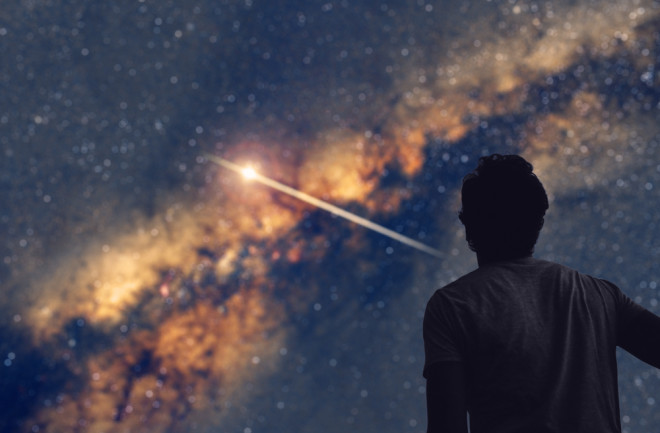 Some 5 billion years from now, the Sun will be running low on supplies of hydrogen for fusion. So it will begin burning helium, a process that will force it to expand into a red giant.

That’s not good news for us. The Sun’s expanding waistline will first engulf Mercury, then Venus and finally, in all probability, Earth.

In the meantime, our pale blue dot will long have ceased to be a suitable home for us. Of course, humanity will have had plenty of time to come up with an exit strategy, presumably by moving to a more temperate home in a new star system. But this process will not be easy. So how best to go about it?

Now we have an answer thanks to the work of Bradley Hansen and Ben Zuckerman at the University of California, Los Angeles. These guys say that we can make the task significantly easier by waiting for another star to pass close by and then making the hop. “This lowers the travel time for interstellar migration by ∼ two orders of magnitude,” they say. And their idea has other interesting implications too.

Humans have dreamed of visiting other stars for centuries. The details of how we might achieve this are not clear but the technology is certainly beyond our means for the moment. Nevertheless, the journey will be a long one.

Our nearest star system, Alpha Centauri, is about 4 light years away, about the same as the average separation between stars in our part of the galaxy. But from time to time, stars come much closer and these close encounters represent an opportunity.

Hansen and Zuckerman calculate that within the next billion years, the Sun is likely to have at least one encounter with another star within 1500 astronomical units. That’s well within the Oort Cloud, the collection of icy objects that orbit the Sun at up to ten times this distance.

“This is two orders of magnitude smaller than the current distance to Proxima Centauri,” they say. “If we translate this into a similar reduction in the speed required, it implies four orders of magnitude increase in the amount of transferable mass at fixed energy.” Waiting for such a close encounter clearly makes the journey much easier.

Because of the chaotic nature of star interactions on these scales, it’s not easy to predict which stars will be candidates. However, astronomers have already calculated that a star called GL 710 will come within 14,000 AU of us in approximately 1.3 million years.

This star is similar to Alpha Centauri B – a little cooler and smaller than the Sun. But it is certainly possible it could host conditions suitable for life. Just what other suns might also come close enough for star hopping is not yet clear.

An interesting corollary to Hansen and Zuckerman’s work is the implication it has for the search for intelligent life elsewhere in the universe. Various researchers have calculated that if other civilizations are able to jump easily from one star system to another, the galaxy should be teeming with them. The problem with this idea is that, as far as we can tell, our region of space is not teeming with other advanced civilizations — the so-called Fermi Paradox.

Hansen and Zuckerman’s idea may explain why — interstellar travel may be so difficult that other civilizations may only attempt it in times of desperate need, such as the death of their own planets. If so, other civilizations must also be waiting for close encounters before making the jump. This explains why they are so hard to find.

Hansen and Zuckerman say their thinking can help estimate the number of other techie civilizations out there now. “We would anticipate two systems within 10 pc of the Sun to host technological civilizations,” they say.

Indeed, stars that are currently close to each other may be good places to look for evidence of technologically advanced life making the jump. “The large-scale engineering required for substantial interstellar migration could generate an observable infrared excess,” say the researchers.

But their idea should also be a warning. The Sun will host conditions ripe for life for many hundreds of millions of years to come. If we are thinking of making the jump away at some point, it’s also possible that other civilizations may be planning to move here while conditions last.

That will have an uncertain outcome, to say the least. But if it is possible, perhaps Hansen and Zuckerberg should look again at their numbers.

Ref: Minimal Conditions For Survival Of Technological Civilizations In The Face Of Stellar Evolution: arxiv.org/abs/2102.05703