The Soviets' Lunar Program in 1969 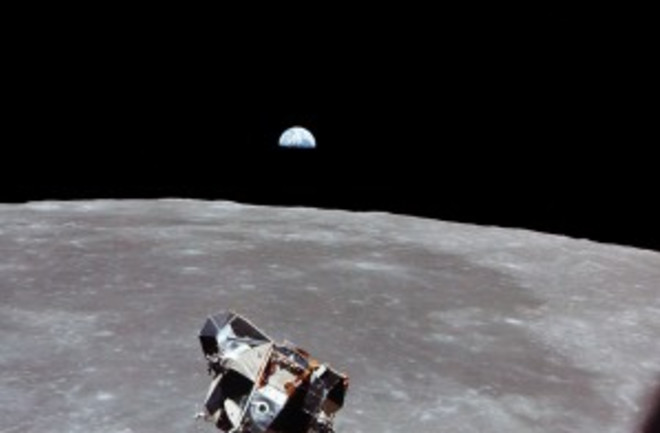 Earthrise from Apollo 11 with the Lunar Module in the foreground. NASA.

Last week, I did the first in a series of interviews about Apollo 11 with CBC’s Quirks & Quarks. As a Canadian, this was a big deal for me! I grew up listening to this show every Saturday at 12:06pm with my Dad, usually in the car on the way home from gymnastics. Not only that, it’s an award-winning nationally syndicated show. So to be on the show as an expert was absolutely incredible! You can listen to the whole episode here; I come in at about the 26-minute mark.

Of course, the segment was cut down for length. Bob McDonald and I talked for about 25 minutes about the state of the Apollo program in January of 1969, and among the pieces that didn’t make it into the final podcast was a really interesting chat about where the Soviets. What were the Soviets up to when the Apollo 11 crew was selected? We always talk about the race to the Moon being a race with the Soviets, so where were they? It’s a really interesting point that I thought was well worth diving into as a supplementary little blog post.

During the Apollo era, the Soviet Union launched 20 successful lunar mission as part of the Luna and Zond programs. Luna, which launched 24 missions between 1959 to 1976, was a series of robotic flyby, orbital, and soft-landed missions designed to gather data about the Moon for scientific purposes as well as eventual manned missions. The Zond program was more advanced, launching five missions between 1964 and 1979 that added life support systems to exploratory missions. These programs enabled the Soviets to score a number of firsts: first lunar impact (Luna 2), first images of the farside (Luna 3), first soft landing (Luna 9), first orbiter (Luna 10), and first circumlunar missions returned to Earth (Luna 16).

So where were the Soviets around the time NASA announced the crew for Apollo 11?

On November 10 of 1968, a little more than a month before NASA first sent humans to the Moon on Apollo 8, the Zond 6 mission flew around the Moon and returned safely to Earth with a biological payload on board.

Zond 6 was the second spacecraft that the Soviets sent around the Moon, but it wasn’t without flaws. Early into the mission, ground controllers realized that the high-gain antenna hadn’t deployed, which meant that the main attitude control sensor on that antenna boom was inoperative. Relying on a backup sensor, the spacecraft made it to the Moon, passed around the far side, and began its journey home. But on that return flight engineers discovered that the temperature in the hydrogen peroxide tank feeding the attitude control thrusters was dangerously low so used sunlight to heat it, which in turn weakened the pressure seal on the hatch.

Failures aside, the spacecraft followed its guided reentry program towards its landing zone in Kazakhstan. Because of the pressurization issues, the altimeter failed and the parachutes were jettisoned. The spacecraft crashed. The biological payload was lost, but the film was salvaged from the wreck, so at least we have pictures.

Earthrise from Zond 6. Moscow State University of Geodesy and Cartography.

The next Soviet mission to the Moon came in July of 1969, so we’ll save that story for later!