The Smallest Planet Gets Smaller

Researchers prove that thermal models of Mercury's shrinkage are correct. 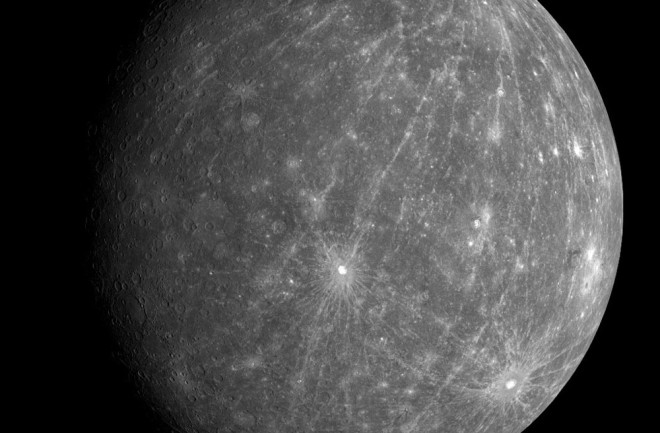 Scientists know from watching its surface activity that Mercury has shrunk over its 4.5 billion-year history. For decades, though, the question has been by how much. Observations from 1970s-era data suggested a shrinkage of 1 to 2 kilometers in radius throughout Mercury’s history, while newer thermal models showed a more significant change over that time, about 5 to 10 kilometers.

Enter NASA’s MESSENGER spacecraft, which produced a comprehensive survey of the smallest planet’s surface features. The Carnegie Institution’s Paul Byrne and his team used this planet-wide coverage to determine in March that Mercury’s radius has shrunk between 4 and 7 kilometers over the past 4.5 billion years. “We were looking at this independently,” says Byrne, “but it happened to be that the value we got is pretty much what the models had been saying all along.”

Knowing the thermal models are spot-on is good news for planetary scientists working to understand Mercury’s remaining secrets. “Now that we can show that the models are more robust than we had thought,” Byrne says, “we can start looking at what the models are telling us about the interior of the planet, which we can’t otherwise get.”