The Sky is Falling! Or is It?

By Dolores Hill and Carl Hergenrother, Target Asteroids! Co-Leads Lunar and Planetary Laboratory, University of Arizona OSIRIS-REx Asteroid Sample Return Mission Today’s amateur astronomers carry on long held traditions in citizen science by making valuable contributions in data collection and monitoring celestial objects of all kinds. They supplement work done by professional astronomers and fill gaps in our knowledge. Imagine being a modern-day Tycho Brahe who, in the late-1500s, measured positions of stars that were so accurate and reliable that Johannes Kepler used them to determine that the planets revolve around the sun in elliptical orbits! Imagine contributing to an asteroid data repository and assisting future space travelers; both robotic and human. 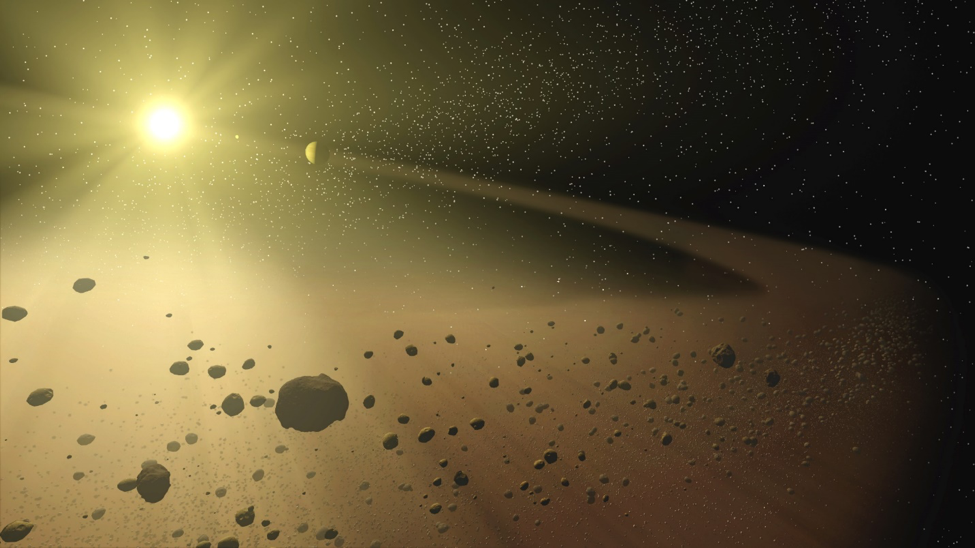 Asteroids reveal information about the origin and evolution of the Solar System. By monitoring brightness and positions relative to background stars, planetary scientists learn about their physical properties, history of collisions and orbital evolution. Credit: NASA_JPL_CalTech Asteroid Data Acquisition by Amateur Astronomers Amateur astronomers with backyard telescopes often begin astrophotography by recording pleasing images of the sky, planets, galaxies and nebulae. What’s next? Serious amateurs will soon look for meaningful ways to use their equipment to contribute to astronomical knowledge. In times past, amateurs enjoyed searching -- and sometimes, successfully discovering, new asteroids. Today’s professional asteroid surveys use large mountaintop telescopes and sensitive CCD cameras. They sweep up even the smallest asteroids, making it extremely difficult for amateur astronomers to discover new ones. But while these surveys do identify new asteroids, they do not necessarily track them afterwards or characterize their physical properties, such as reflectivity, size, the material it’s made of (is it rocky? Metallic?), and its collisional history. With 738,256 known asteroids as of August 1, 2017, there is much work to be done! 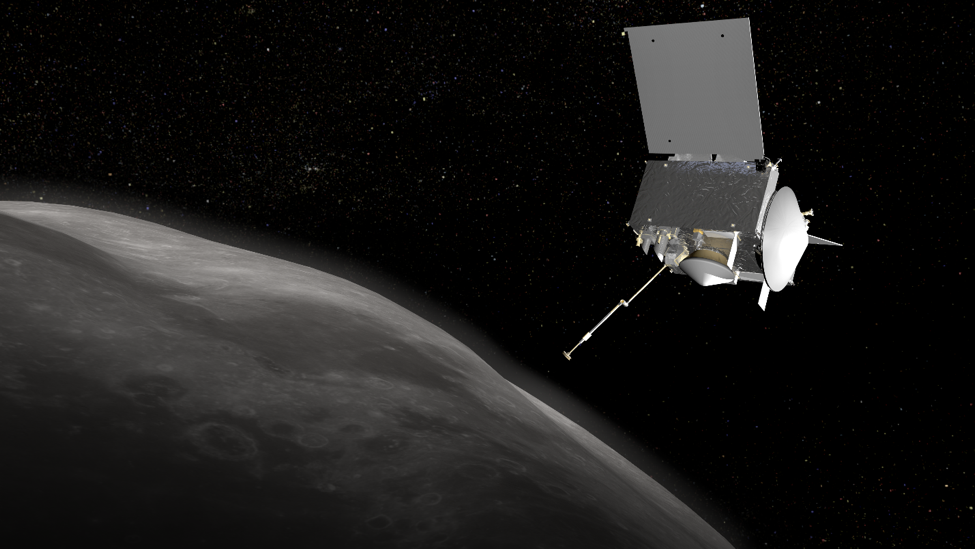 The OSIRIS-REx spacecraft will collect a sample of near-Earth asteroid Bennu and return it to Earth in the year 2023. Target Asteroids! citizen scientists take images of asteroids like Bennu & other near-Earth asteroids of interest to mission planners. Credit: NASA Goddard Space Flight Center This is where Target Asteroids! comes in. Target Asteroids! (TA!) is a citizen science program of OSIRIS-REx, a mission to send a spacecraft to the near-Earth asteroid Bennu. TA! contributors, using their own telescopes, share observations that help astronomers evaluate possible parent asteroid families from which Bennu may have fragmented during a collision long ago. Many asteroids have little or no information determined since their initial discovery. The project’s quarterly campaigns target specific known asteroids. Some are bright enough to be observable with smaller telescopes while other fainter asteroids require larger instruments. This is where you can provide a valuable service. To image asteroids, use a telescope 8 inches aperture or larger, CCD camera or DSLR camera attached to the telescope and a computer to record and process the images. We request at least 3 images of each asteroid over the course of a few hours that show some reference stars for making measurements. Some observers take images every clear night while some are only able to go out a night or two. TA! observers (actually “imagers”) use software programs to measure the brightness and positions of particular known asteroids. (We provide access to free software). The images and resulting reports are sent to Target Asteroids! for use by OSIRIS-REx science team members and for other scientists to refine and test their computer models. Why We Need YOU! Target Asteroids! co-lead and OSIRIS-REx asteroid astronomer Carl Hergenrother likes to say that with enough observations we can “turn a point of light into a real world!” There are too many asteroids for professional astronomers to monitor consistently. They have telescope pointing limitations, infrequent precious observing time, and, they too, experience bad weather. You can fill in the gaps! Your images might be the only ones we receive for a particular time period. We combine many low precision observations to make more accurate aggregate plots. These tools along with other types of data and computer models are used to “characterize” physical properties of a particular asteroid. Join Target Asteroids!, and share your valuable observations with the team today. 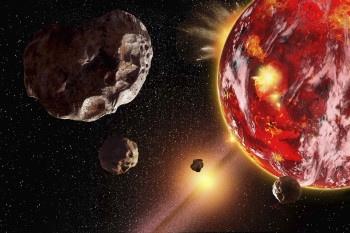