The Science of Ray Charles’s Swing

Rhythm that would put a metronome to shame. 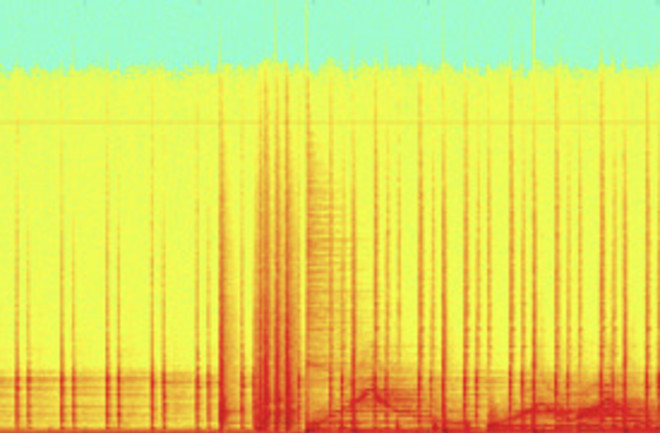 An analysis of Ray Charles' music shows the precision of his rhythm. | (Courtesy of Ken Lindsay, Information Scientist)

By breaking down Ray Charles’s rendition of Fever, Southern Ore­­gon University information scientist and music aficionado Ken Lindsay discovered a remarkably rigorous bit of rhythm: Charles’s finger snaps set the main beat with an accuracy of two and a half milliseconds—half the time it takes a honeybee to flap its wings once. “That precision gives the song its amazingly tight swing,” says Lindsay. “His ability to control rhythm was incredible.” To capture Charles’s rhythm, Lindsay wrote a computer program that isolates instruments by frequency and displays their activity as spectrograms (right). By comparing such multi­colored arrays, he was then able to plot a song’s notes into a map by the frequency, intensity, and time each note was played—the musical equivalent of a fingerprint. “A lot of the time, musicians don’t write down what they’re playing,” Lindsay says. “This is a way to capture the subtleties.”