The Science Ink of Moby Dick 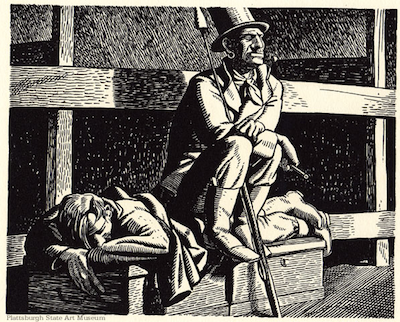 I've been doing some research on the long cultural history of tattoos in preparation for my talk about Science Ink at Harvard on Tuesday. I'm a hard-core Moby Dick fan (this blog's name comes from there), so it was a delight to stumble across a passage on tattoos, which I had forgotten. Queequeg, readers may recall, was covered with tattoos. Here's how Ishmael describes them:

This tattooing had been the work of a departed prophet and seer of his island, who, by those hieroglyphic marks, had written out on his body a complete theory of the heavens and the earth, and a mystical treatise on the art of attaining truth; so that Queequeg in his own proper person was a riddle to unfold; a wondrous work in one volume; but whose mysteries not even himself could read, though his own live heart beat against them; and these mysteries were therefore destined in the end to moulder away with the living parchment whereon they were inscribed, and so be unsolved to the last.