Why Baseball Players Hit So Many Home Runs, According to Physics 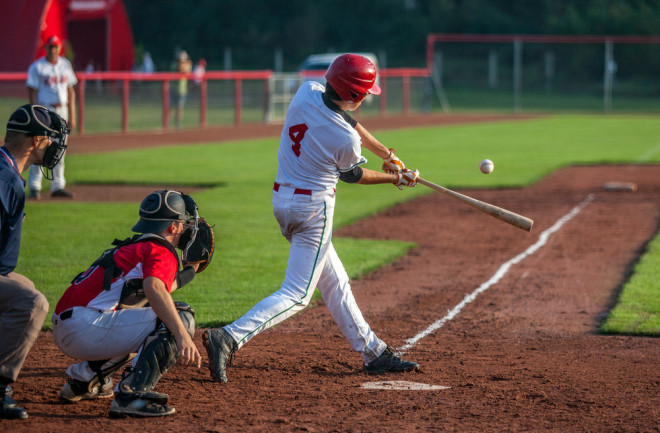 Galileo may have proved Aristotle wrong when he tossed two unequal stones from the top of the Leaning Tower of Pisa, but Yale physicist Robert Adair made a far weightier point for sports fans when he dropped two unequal baseballs from the window of his third-floor study. One ball had been stored in the freezer. "The other, to my wife's infinite disgust, I kept overnight in the oven on low," Adair says. When the balls hit the driveway below, the warm one bounced twice as high as the cold one. "I had no idea the effect of temperature would be so dramatic," he says. "It opened up a whole new field of study."

Adair's work a decade ago, when he served as "Physicist to the National League" and went on to write The Physics of Baseball, was the first to highlight how subtle factors such as temperature and humidity can alter a baseball's performance. Recently, it has inspired a more urgent round of tests, because players seem to suddenly be rewriting the laws of physics. In the 1998 season, not one but two Major League players— Mark McGwire and Sammy Sosa— blasted through Roger Maris's 37-year-old home-run record. More tellingly, the average number of home runs per Major League game has been rising— from 1.47 in 1980 to 1.58 in 1990 to an astounding 2.34 in 2000.

Some sportswriters believe batters are simply getting more hits as the supply of good pitchers grows thin due to league expansion. Others believe the game has become so celebrity-driven that batters are fixated on hitting home runs. "Had these players been around 30, 40, or 50 years ago, they would have been bunting, stealing bases, and satisfying themselves with singles," says Eric Enders, of the Baseball Hall of Fame Library in Cooperstown, New York. "Now, they're swinging for the fences."

But another, more fundamental possibility may lie hidden beneath all those white cowhide covers. What if the ball itself has changed? Sorting out this mystery is less a matter for sportswriters than for scientists— particularly ones with a penchant for detective work like Dennis Hilliard, director of the crime lab at the University of Rhode Island. Hilliard and his colleagues recently analyzed five Major League foul balls tipped into the hands of fans between 1963 and 2000. "Today's ball is livelier, that's for sure," Hilliard says. "And it will go a lot farther when it's hit."

Looked at casually, a baseball seems to represent one of the few constants in this world. It weighs 5 ounces and measures 9 inches in circumference— as it has since 1872. At the center lies the pill, a compressed ball of cork wrapped in one layer of black rubber and a second layer of red rubber. Around this go four windings of yarn, the first three of wool and the last of cotton. A coating of rubber cement holds everything together, followed by a leather covering held in place by exactly 108 red stitches. All Major League balls have been made by the same company— Rawlings— since 1977.

But more and more balls keep getting hit over outfield walls. Two years ago, Rawlings and Major League Baseball gave the University of Massachusetts at Lowell $400,000 to open a permanent Baseball Research Center. Last year, center director James Sherwood and a team of mechanical engineers took 80 balls from the 2000 season and 64 balls from the 1999 season and whacked them against a piece of white ash with a hitting machine. They then compared the velocity at which the balls hit the wall to the velocity at which they rebounded. "The 1999 baseball was marginally livelier than the 2000 baseball for the samples we had," Sherwood says. "That would amount to something like one foot on a 400-foot hit— or a quarter of 1 percent difference."

Sherwood's study had an obvious flaw: It looked only at very recent balls, used after the hitting statistics had already skyrocketed. So the University of Rhode Island team stepped up to bat next. Helped by a local radio station, which asked fans to donate foul balls they had caught, Hilliard's team gathered one baseball each from 1963, 1970, 1989, 1995, and 2000. Using band saws and scalpels, they cut through the windings and stored each pill in a separate plastic bag. ("It looked kind of like a crime scene," Hilliard says.) Then they dropped each of the compressed cork-and-rubber pills from a height of 182 inches. The three oldest pills rebounded an average of 62 inches. The 1995 and 2000 balls rebounded an average of 82 inches— about 30 percent higher. Still, Hilliard says, "It's very hard to control for age. Without more tests, we can't say anything conclusive."

The windings yielded more telling results. Hilliard's colleagues Linda Welters and Margaret Ordoñez, both textile scientists, heated snippets of the fibers in a bleach solution. As expected, the yarn from the 1963 ball dissolved completely, as the bleach ate away the protein in the wool. But when the 1970 sample was tested, trace amounts of synthetic fibers remained, and with the 1989, 1995, and 2000 balls, "the fibers were pretty much still intact," Welters says. "You could knit with it if you wanted to." Major League rules dictate that windings should be no more than 15 percent synthetic, plus or minus 3 percent, yet a preliminary test found as much as 21.6 percent synthetic fibers in the 2000 ball, and Welters expects to find even more in the 1989 and 1995 balls. "The synthetic fibers may not be uniformly distributed in the winding," she says, "so we'll need more tests before we can say anything conclusive."

A baseball is a many-layered thing, with cork at the center circled by black and red rubber. (Credit: Linda Welters)

Since 1976, the yarn used in Major League baseballs has all come from Paul Dubin Company of Centerville, Massachusetts, which recovers the fibers as waste from carpet manufacturers worldwide. "My guess would be that they're somehow getting a lot of polyester mulched into the mix, since it's very hard to find all-wool carpets being made these days," Welters says. Paul Dubin strenuously disagrees. He says his company tests the yarn every day to ensure that it is within Major League guidelines.

Still, a mix-up could spell the difference between a base hit and a grand slam. Wool absorbs moisture very easily, and the humidity can deaden a ball by relaxing the tension and reducing the elasticity of its fibers. (Adair once showed that balls stored in a humid environment bounce only half as high as balls that are kept dry.) Polyester, on the other hand, doesn't absorb water at all. "Where there's any humidity," Welters says, "a ball wound with polyester would have greater elasticity and go farther than one wound with wool." For his part, Sherwood has run a second battery of tests on balls dating back to the 1960s, but he won't say when he will release the results. "That's privileged information," he says.

So as the spring season begins, no one can say for certain that this year's balls will be identical to those from decades past. If not— and if the new recipe accounts for the recent barrage of home runs— the change probably isn't deliberate, Adair says. But who knows? "Remember, we're talking baseball here," he adds with a laugh, "not a gentlemanly game like golf."

Visit the Web site of Alan M. Nathan, a professor of physics at the University of Illinois at Urbana-Champaign: www.npl.uiuc.edu/~a-nathan/pob.