The Oldest Government Computer Is Out of This World 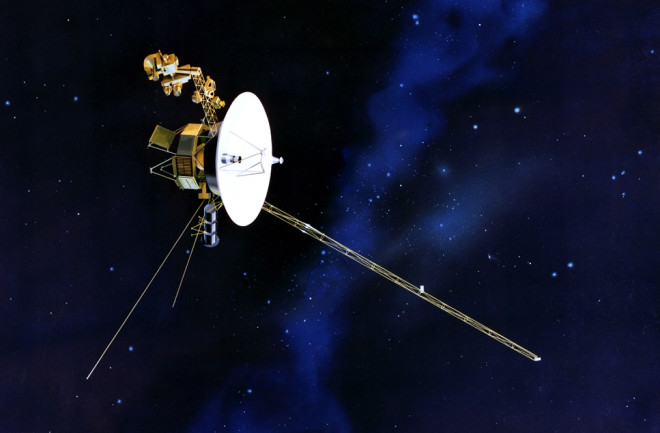 Artist's impression of Voyager 1. (Credit: WikiMedia Commons) A Muckrock investigation revealed the oldest government computer, and it’s 12.47 billion miles from Earth. The Voyager mission began in 1977 when the Voyager 1 and Voyager 2 probes launched toward the outer solar system. The probes are still sending back measurements after 39 years. Voyager 1 visited Jupiter and Saturn before a flyby of Saturn’s moon Titan set it on a trajectory out of the solar system. Voyager 2 also visited Jupiter and Saturn before heading to Uranus and Neptune. It is currently in the Heliosheath, a zone in the outer limits of the Sun’s magnetic field. Both Voyager probes have 69.63 kilobytes of memory total, which is equivalent to one standard Internet jpeg file. To have the memory for new observations, the probes are set up to write over old data once it has been sent to Earth. The Voyager program was originally supposed to custom develop all of their computers, but budget constraints led to the engineering team reusing the Computer Command System originally made for the Viking program. Along with keeping an eye out for problems and following directions from Earth, the CCS coordinates the other two computers on the probe, the Flight Data System and the Attitude and Articulation Control Subsystem.