The Next Mars Rover Will Sport Some Serious Hardware 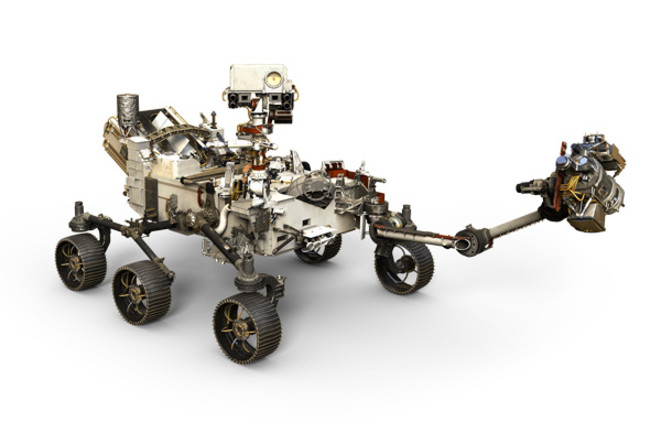 The Mars 2020 rover. (Credit: NASA) NASA must be big fans of Douglas Quaid in Total Recall. “Get your ass to Mars,” he says, and NASA listened, sending 24 probes, landers and rovers over the past five decades. It’s just too tempting a target: The closest, easiest planetary neighbor for us to explore, which may or may not prove habitable, also tells scientists more about the solar system’s history. We’re steadily learning more and more about the next Mars rover, currently known as “Mars 2020.” It’s due to launch in the summer of 2020, will arrive on the Red Planet about 7 months later, and is scheduled to spend about 2 years (1 Mars year) studying the world and its potential for habitability, including searching for past microbial life itself. NASA hasn’t decided on a landing site yet, but they did release this week a bit more on the tools it’ll sport and — as expected of the space agency — the tech is out of this world. Smile for the Cameras For starters, the rover will boast 23 cameras, a leap above Curiosity’s 17 and Spirit and Opportunity’s 10 each. With them, Mars 2020 will analyze the atmosphere and soil of Mars, spot any obstacles in its path, work together with other science instruments on board, and even create better, prettier pictures than ever before. The state of the art cameras will have more color and 3-D options than any previous rover, perfect for examining and locating a ground feature at a distance. (Also, in what I’m sure is a coincidence, two of the seven science cameras are named SHERLOC and WATSON.)

NASA also made sure the rover will be able to capture its own descent onto the Martian surface, hopefully snapping the first images of a parachute opening on another planet. There’s even an internal camera, named the CacheCam, that will study samples the rover will dig up and leave on the surface for future missions to collect (an optimistic plan but, knowing NASA, not too unlikely). Beyond the Lens The real issue nowadays isn’t getting good enough cameras to Mars, it’s getting their photos back to Earth. As megapixel counts go up, it means more data to beam back, and it’s not like the Red Planet is known for its wifi. Sure, you can compress the data (as the Curiosity rover does), but that only gets you so far. So NASA has a plan: Just use the existing orbiting spacecraft as data relays, middle men who can take the data from the Martian surface and send it to Earth themselves. It’s a science-fiction sounding plan, but as cool as the Mars 2020 rover turns out to be (it will also feature better wheels and maybe even a flying drone buddy, it’ll surely be eclipsed by whatever NASA sends to Mars next.