The Moon's Water Came From Earth

Our moon's stores of water share the same source as Earth's own. 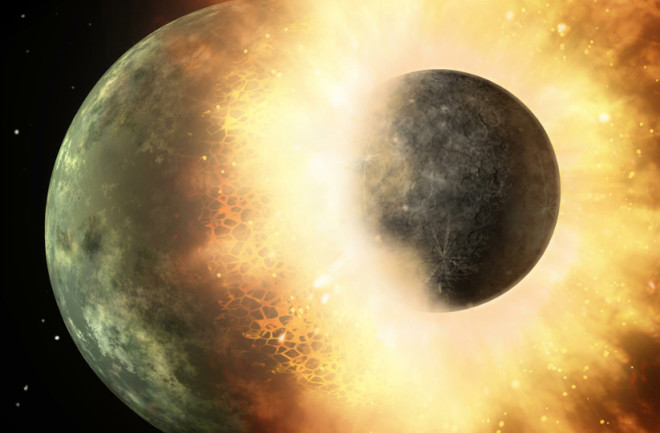 The moon, long thought to be bone dry, actually contains a surprising amount of water. In the latest twist, these stores turn out to be just like those on Earth, and probably filled by the same source: ancient asteroids.

These icy missiles likely bombarded the inner solar system billions of years ago, delivering water to the inner planets. Around this time, scientists believe, a stupendous collision between a Mars-size rock and the young Earth produced debris that eventually coalesced to form our moon.

Brown University’s Alberto Saal and colleagues measured the ratio of hydrogen to deuterium (hydrogen with an extra neutron) in lunar rock samples from the Apollo missions. This ratio reflects where in the solar system the material formed.

Moon samples had the same hydrogen-deuterium ratio as found in asteroids and Earth’s oceans. The simplest explanation, says Saal: The moon’s water was on Earth at the time of the giant impact.

[This article originally appeared in print as "Where Moon Water Comes From."]