The Moon: Our Silent Guardian?

It might be time to give a little thanks for our nearest neighbor. 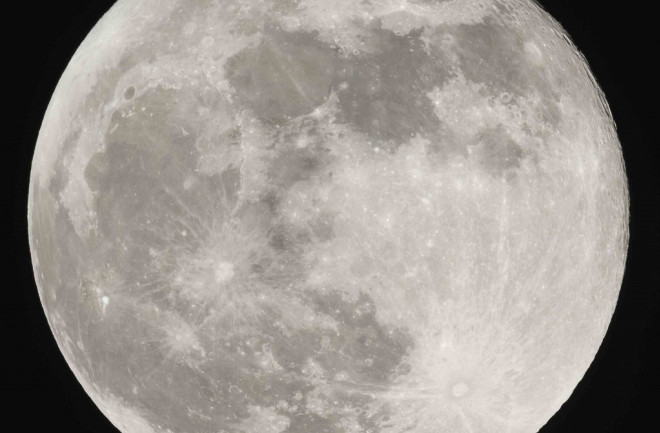 To solve a mystery about Earth's core, scientists looked to the moon. Viewed from space, Earth is a serene blue sphere. But beneath its surface, there is a roiling mass of liquid, nickel-iron alloy and solid iron almost 6,000 miles in diameter. The inner and outer core comprise almost a third of Earth's mass, and together they generate a magnetic field that shields life on this planet from harmful charged particles emanating from the sun. But Earth's core, perhaps, can't take all of the credit for saving humanity.

In a study published Wednesday in the journal Earth and Planetary Science Letters, scientists from the National Center for Scientific Research in France say the the moon plays a key role keeping life on Earth safe. Although the moon sits some 230,000 miles away, researchers believe its gravitational tug churns iron alloy in the core, which, in turn, helps maintain the magnetic field that protects our planet.

At the Core of Our Existence

According to the classical dynamo theory, Earth's magnetic field is generated by movement of its electrically conductive liquid outer core. Molten iron in the outer core generates an electric current as it moves, which produces the magnetic field. If the field wasn't continually generated, Denis Andrault and his team estimate it would disappear in about 20,000 years. So what keeps the outer core moving? According to the classical theory there are two forces in play: Earth's rotation stirs the iron alloy through the Coriolis effect, and heat from radioactive decay is also thought to induce convective motion in the liquid core.

"But this is the classical model, which, to our point of view, requires too much cooling over the approximately 4.3 billion years after the end of the Earth's accretion," Andrault wrote in an email to Discover.

Andrault and his team calculate, based on current models, our planet would have had to be entirely molten 4 billion years ago, and its core would have had to slowly cool from 12,200 degrees to its current temperature of 6,800 for the classical theory to work. But, the researchers say, recent chemical analyses of ancient rocks and seismological studies indicate that the core has only cooled by about 540 degrees — as opposed to the 5,400 degrees suggested by other models.

How the core has managed to maintain its temperature and convective energy for so long has been a mystery to scientists. Something else must be acting on the core to power the geodynamo and keep things moving.

A depiction of the composition of the earth, including the inner and outer core, as well as the earth's magnetic field. (Credit: Mopic/Shutterstock)

The missing variable in the equation is the moon. Just as the moon's gravity controls the tides, so too does it act on the liquid outer core and mostly-solid mantle, Andrault and his team contend. They estimate that the moon's pull injects over 1,000 billion watts of power into the Earth's core, acting as a kind of gravitational engine, providing the energy necessary to power the geodynamo and maintain the blistering temperatures inside Earth.

The constant stirring creates friction that, along with convective currents, produces the heat necessary to keep the core flowing and the magnetic field intact. The forces exerted by the moon are in slow, but constant flux. Because the earth wobbles slightly as it spins on its axis, the gravitational pull of the moon is exerted at different places with varying strengths over time. This variation deforms the mantle, squeezing the core beneath in a rhythm that churns the molten metal and propagates circular motion.

Because the push and pull is unstable, the motion of the core fluctuates, occasionally melting parts of the mantle and leading to periods of intense volcanic activity on the surface. Astronomers have already determined that the gravitational forces exerted by moons of other planets, such as Jupiter's Io and Europa, can influence magnetic fields.

This is the first time it's been theorized that such a process also occurs here on Earth, which clears up a question mark in current models of our magnetic field. It seems that life on Earth might owe a debt of gratitude to our silent silver guardian.