The Moon Is Full of Surprises

It is weirdly wet. It is inexplicably young.  And its battered farside hints at a long-lost twin. 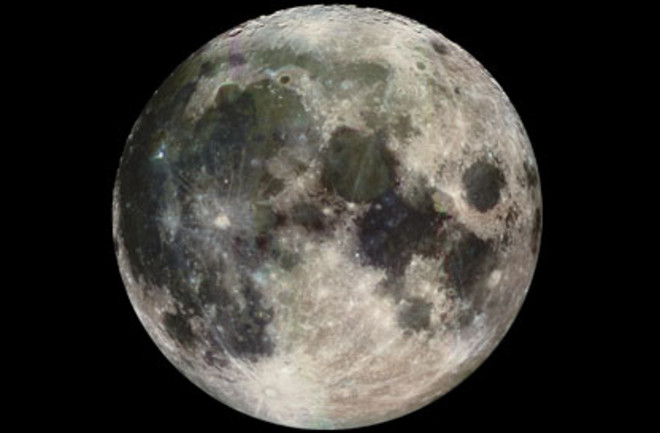 Six views of the moon from the Lunar Reconnaissance Orbiter's Wide Angle Camera, which captures almost the entire surface of the moon once a month. | Courtesy: NASA/Goodard/Arizona State University

I watched the first manned lunar landing in 1969 on a low- definition television in a glass-enclosed back porch. As I followed the grainy images of Neil Armstrong stepping onto the dusty lunar soil, I could see the moon peeking through tree branches overhead. It looked as it always had, but somehow different. That sudden change in perspective was the whole point of the Apollo 11 landing. It wasn’t a scientific mission. It was an exercise of Cold War hubris intended to burnish America’s image and humble its Communist rival. With Armstrong’s one small first step, though, the space race was over, and the entire Apollo program rapidly wound down. The 1971 image of Alan Shepard hammering a golf ball across the moonscape with a six iron during Apollo 14 remains etched in the popular mind as the end of lunar exploration.

But ask a planetary scientist and you will get a different spin. Jeffrey Taylor of the University of Hawaii says it was the final Apollo missions of 1972 that propelled lunar science and transformed our understanding of the moon. The stars weren’t the guys in the space suits but the 842 pounds of rocks the astronauts brought back to Earth before their program was disbanded.

Even as Apollo was coming to an end, those lunar rocks were catapulting lunar research into new territory, settling centuries-old questions about the moon’s geology and history. One debate revolved around the nature of the moon’s “seas,” or maria—the smooth, broad, dark-colored regions that create the “man in the moon” markings. Researchers put a sliver of moon rock under a microscope, and the issue was settled instantly. The maria are solidified lava flows, vast outpourings of basaltic rock from around three and a half billion years ago. Then in the mid-1970s, planetary scientist William K. Hartmann and a few others proposed that the moon was formed by the collision of a Mars-size planet with the Earth. That dramatic idea encountered skepticism until an analysis of the lunar rocks showed that they have the same mix of oxygen isotopes as rocks found on Earth, strongly suggesting a shared origin. The giant impact theory is now the widely accepted explanation of the moon’s origin.

Forty years later, humans still haven’t made it back to the moon. But moon rocks—some of them analyzed with ever more powerful spectroscopy to reveal chemical composition here on Earth and some by robotic craft on the lunar surface itself—are still full of surprises. “The moon is telling us things that we had no idea were happening,” says Brian Day, an astronomer at NASA’s Ames Research Center in California. “It’s a much more complex and dynamic story than we had believed.”

Getting the story straight has taken a long time. Large portions of the lunar surface remained unseen until 1990, when NASA’s Galileo probe flew by the moon on its way to Jupiter, snapping detailed pictures of the lunar north pole with sensors that captured different wavelengths of light. That quick photo shoot revealed polar highlands up close for the first time.

Then in 1994, NASA launched the Clementine spacecraft to orbit the moon and map its surface. The agency split the mission’s costs with the Ballistic Missile Defense Organization (better known as the driving force behind the Star Wars defense system), which wanted to find out how high-tech sensors and other components would perform during an extended period in space. Despite its divided mandate, Clementine made a stunning discovery: The permanently shaded south pole of the moon seemed to be covered with water ice.

The renewed focus on the moon has reached a pinnacle with a trifecta of revelations released in the past year. In the first of these, geologist Lars Borg of the Lawrence Livermore National Laboratory in California has raised fresh questions about how the moon was born and what happened right after.

Reporting in Nature last August, Borg described detailed new studies of a moon rock weighing about six-tenths of an ounce. He chose this one from the huge Apollo collection because it was considered one of the oldest rocks on the moon. The best date for the moon’s age is 4.55 billion years. But when Borg, working with colleagues in Denmark and Washington, D.C., finished measuring radioactive isotopes in the rock, they pegged its age at 4.36 to 4.359 billion years.

“If this rock represents the oldest rocks on the moon, then that means the moon has to be younger than we thought,” Borg says. And if the sample is not one of the oldest, then “the petrologic evolution of the moon must be significantly different from what we think.”The finding is tantalizing either way. Most researchers accept what’s called the magma ocean theory—that soon after its formation the moon was so hot that it was covered with a deep ocean of molten rock that cooled to form the surface we see today. If that’s the case, then all the rocks on the surface should be the same age, yet Borg’s rock seems to be 200 million years younger than some of the others. Perhaps, then, the moon’s cooling was more complicated than hypothesized, with different portions of the surface cooling at different times. Because many other rocky bodies, including Earth, Venus, and Mars, probably passed through a magma ocean stage as well, Borg’s results may force scientists to adjust their theories about how all such objects have evolved.

A few weeks after Borg’s work appeared, Nature reported an even weirder idea about the moon’s early history. Between 4.4 and 4.5 billion years ago, Earth may have had not just one moon but two, argued planetary scientist Erik Asphaug of the University of California, Santa Cruz. He was trying to account for something that has baffled lunar researchers since the early 1960s, when Soviet probes radioed back the first pictures of the moon’s farside, which faces perpetually away from Earth. The images showed that the moon has an intensely split geologic personality. Unlike the near side, with its broad, smooth maria, the farside is covered almost entirely with rugged, scarred terrain and massive mountains, making it look “all beat up.”

Asphaug thinks he knows why. He has run extensive computer simulations suggesting that the farside’s topography could have resulted from a second, smaller moon that once orbited the Earth. That smaller satellite eventually collided with the larger one, crushing and cracking and piling up to form the mountains on the lunar farside.

The idea seems incredible, but Asphaug maintains that it is testable. If the rocks on the farside of the moon are older than those on the side that faces Earth, that would support his “second impact” hypothesis because the smaller moon would have cooled sooner than our moon, and so its rocks would be older than those of the moon itself.

The third big new lunar discovery concerns not ancient history but the moon as it is today. Geochemist Erik Hauri at the Carnegie Institution for Science found water particles trapped inside rock crystals in volcanic moon rocks, a startling sign that the moon has far more water than scientists believed. The earlier evidence for water on the moon hinted only at small deposits near the poles, probably left there by the impact of icy meteorites. Hauri’s studies tell a quite different tale. Using a sensitive microprobe to examine crystals collected during Apollo 17, he found a hundred times as much water as previously measured.

This discovery isn’t about providing a water cooler for future astronauts, Hauri explains. Instead, it is fundamental to understanding rocky bodies like the moon. Water helps determine the nature and behavior of planets, including the melting points of their interiors and the kinds of volcanoes they have. The prevailing view has been that planets mostly accumulate water only long after they form: If a young planet with water trapped in its rocks collides with another heavenly body or even large debris—common occurrences in the cosmos—the impact would, presumably, drive accumulated water into space, leaving many planets bone-dry. But if the moon was able to hold on to some of its water despite its violent run-in with a second moon, this raises the possibility of more worlds retaining more water than we ever assumed.

“That’s exciting,” says Linda Elkins-Tanton, a planetary geologist at the Carnegie Institution, “because it means there’s a much larger chance that any planet in the universe could have oceans early on.” By extension, Earth-like, ocean-covered plants may be unexpectedly common around other stars.

And the surprises should keep rolling out. NASA expects to have five spacecraft whirling around the moon in 2012. Two of them will be part of the GRAIL mission—the Gravity Recovery and Interior Laboratory—now starting to make extremely precise measurements of the lunar gravitational field. Such measurements amount to a geologic X-ray, revealing information about the moon’s deep interior structure. Other countries are fixed on the moon as well: Russia, China, and India all plan missions after 2013.

As it hangs regally in the night sky, Earth’s satellite is looking different once again: Long written off as a drab rock, the familiar old moon has a colorful secret history we have just begun to reveal.

Paul Raeburn writes about science, culture, and policy, and he blogs for the Knight Science Journalism Tracker. He is a frequent contributor to DISCOVER.