The Living Lakes of Mars' Recent Past 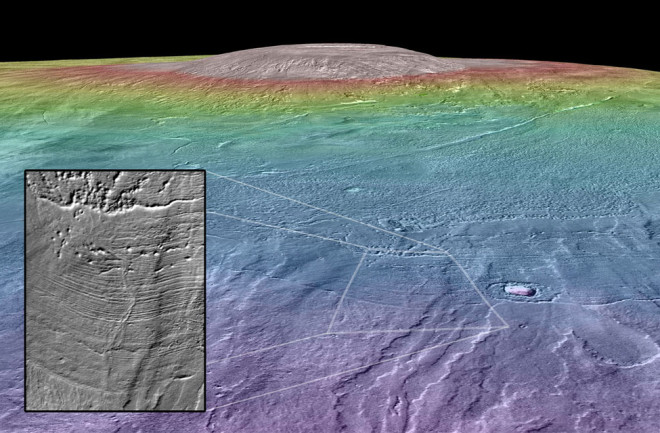 If life ever thrived on Mars (still a big if), it could’ve done so much more recently than scientists thought. In May, Brown University’s Kat Scanlon presented geologic evidence that one of the solar system’s largest volcanoes, the Red Planet’s Arsia Mons, melted glaciers that were creeping across its surface some 210 million years ago, creating large oases for possible Martian microbes.

As the volcano vented lava beneath the thick ice sheets, it released huge quantities of liquid water within the glacier. Two reservoirs were each big enough to fill Utah’s Great Salt Lake twice over.

The finding serves as tantalizing evidence that life-friendly environments existed on Mars much more recently than at the sites explored by NASA’s rovers; those sites date back more than 2.5 billion years. Scanlon calculates that the water survived entombed in the ice for hundreds or even thousands of years — not long enough for new life to evolve, but certainly enough to form a habitat for any dormant microbes.