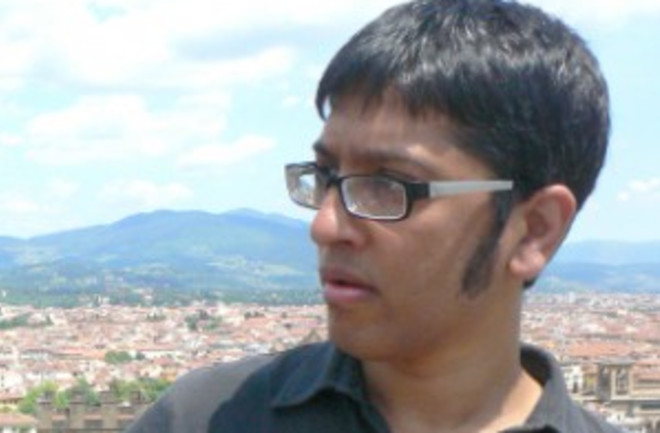 Very interested in Roman & Chinese historyThe core focus of this weblog is genetics. Anyone who knows me in "real life" is also aware that this focus is not something that manifests only on the internet, or at the workplace, but suffuses my whole life.

Genetics is to me as crack is to Bobby Brown

. This is not necessarily always a good thing, as I've found my interest in other areas of science diminishing because I lack the marginal time to explore them to the same depth as I can genetical topics. But such is life. Choices are made. Opportunity costs present themselves. Nevertheless I do maintain other non-scientific areas of fixation. Long time readers are aware that in particular I follow developments in Roman and Chinese history (though currently I am reading Iron Kingdom: The Rise and Downfall of Prussia, 1600-1947, in my minimal spare time). This has caused some situations of embarrassment. Why? If you take a look at me it is clear that I am a brown-skinned person whose familial origins (or at least ~90% on the order of the past 2,000 years) derive from the Indian subcontinent. Many people have an intuition that there is something off or strange in my geographic focus on Europe and East Asia, and so query me somewhat deeply as to how I became interested in these topics. Often there is the obvious initial assumption that my 'natural' areas of interest should be South Asia, or, for those who understand that my name denotes someone of a Muslim background, the Islamic world. I explain my curiosity about macrohistory and domains which abut 'world systems theory', and so naturally the data density of Roman and Chinese historiagraphy are what draws me to these two topics.* My own personal and subjective experience is why I am very interested in the Reza Aslan kerfuffle, which I became aware of only over the past day or so. If you don't want to follow the link,

basically a Fox News interviewer expressed implied disapproval and obvious skepticism that Aslan, a professing Muslim, would write an analysis of the life of Jesus, Zealot

(the surprise and initial question isn't that big of a deal, see this interview on NPR's Fresh Air). I think it is important to observe here that Aslan was an evangelical Christian before he was a believing Muslim. Though raised in a nominal Muslim Persian family (his father is an atheist, his mother is now an evangelical Christian), the first religion which he accepted with deep conviction was evangelical Protestant Christianity. As is clear in his earlier work No god but God today Aslan is a liberal Muslim, whose confessional identity seems more a coincidence of his cultural background than anything else. There has been much debate on the internet as to his academicqualifications. Though Aslan seems to have resume padded somewhat, to assert he is not a historian of religion because his Ph.D. is in the sociology of religion strikes me as saying that someone who receives a degree in biochemistry out of a chemistry department is not a biologist. Perhaps true by the letter of the law, but I don't think that that captures the spirit of what the public means by biologist, which is closer to life scientist (a rubric under which biochemists are included). I do think though that the closest analogy to Aslan is Karen Armstrong, who is not an academic, and is known more for her popular works on a variety of religions, as well as a confusing religious identity (ex-Catholic nun who is a "freelance monotheist"). Armstrong and Aslan are to the history of religion what Stephen Jay Gould was to evolutionary biology, having greater heft and status outside of the academy than within.

But there is an undercurrent to the critique of Reza Aslan and a skepticism of his objectivity that exposes the peculiar assumptions of post-moderns when it comes to the scholarly inquiry of humanity by specific humans, who are themselves part of the topic in question.

The Fox News interviewer, and others, obviously wondered as to the motives and objectivity of a Muslim who deigns to profile the seminal individual at the heart of Christianity. And yet the same could be said of a Muslim who wishes to profile the seminal individual at the heart of Islam. Even assessments of subjectivity are protean and...subjective! Ultimately there is no "view from nowhere," but only a striving for Epoché, and awareness that where one starts influences where one ends. And the reality is that the same individuals who who hurl calumny upon Aslan likely have little concern with the possible bias of Robert Spencer, who in some circles is an expert on Islam and a professing Christian. And yet some of the same individuals who might defend Aslan's right to discussion of the life of Jesus (not least because Jesus is actually a figure within Islam too of some note), might wonder if non-Muslims who study Islam are 'Orientalists'! Which brings me back to my own circumstance. I was careful to stipulate that my intellectual predilections have given rise to situations of embarrassment, because I am not in any case embarrassed about my particular scholarly interests. Rather, those individuals who express surprise, curiosity, and even wonder, about my diverse and novel (to them) obsessions often realize that their reaction is unmasking particular presuppositions as to what an individual's proper domain of focus "should be" contingent upon their ethnic identity. Ultimately it is the rooted in a similar structure of axioms about what drives curiosity as the Fox News interviewer; a Muslim interested in Jesus must have ulterior motives relating to Islam and Christianity. In actuality this is often true, as many Muslims who are deeply interested in Jesus from what I can tell only want to authenticate Islam's narrative about Jesus. But this is entirely transparent after casual conversation, just as it is transparent when some Christian's interest in the Hebrew Bible and Judaism is purely an ends toward how the latter culminate and are fulfilled by the former. Bias which clouds truth is often the easiest to pick out. The point is that subjective perspective is real, but there is a topography and a landscape to bias and perception. There are genuine Orientalists and apologists whose ruminations are not of primary scholarly interest. But, there are individuals who approach topics outside of their presumed ken and awareness who illuminate it in novel and surprising ways, in part due to their 'outsider' status, which is not synonymous with being objective. Subjectivity is real, pervasive, and a struggle to account for, but it does not render the landscape of scholarship flat, uniform, and only amenable to deconstruction via a coarse paradigm of power relationships or civilizational conflict. At one extreme you have some practitioners of 'postcolonial' theory who use identity politics as a rhetorical cudgel in the service of now fashionable Left radical politics. In contrast you have others who leverage the ascendant epistemological relativism of the age implicitly toward what would be termed by postcolonialists as an "Orientalist" aim!"** All things that are new are old. A Greek history of the Persian wars is going to be rather different from a Persian narrative. That's common sense. Over the late 20th century, and into the early 21st, this common sense intuition about the reality of bias has sprawled itself into a whole elaborate Theory, that has struck deep roots in the intellectual substrate of educated Westerners. These roots are expansive across the social and political spectrum, as 'conservatives' who may assert the traditional rhetoric of objectivity naturally fall back on relativist arguments as if it was as natural as breathing. For example, the idea that the "Founding Fathers" need to be judged in the light of their times is descriptively clear, but often becomes nested in a series of moralistic judgments, or lack thereof (i.e., in this case cultural Leftists often project the idea of time-invariant moral universals, while cultural Rightists implicitly promote evolving moral standards). Biases and subjectivity may be complex, but how to deal with them often requires only coarse dumb rules of transparency and clarity. Ultimately more often than not there are no hidden narratives, superstructures, and filaments of conspiracy and intent. And in Reza Aslan's case a simple materialist narrative has to be given some weight. How many copies of a biography of the Imam Ali would sell compared to the Lord and Savior Jesus Christ? Both arguably have intellectual merit, but one is far more valuable in personal recompense. Talking about Jesus is good for one's bottom line. * Additionally, in terms of moral-ethical systems I tend to find much more that is congenial in the Chinese and non-Christian Greco-Roman corpus than in the South Asian or Islamic. ** If you want a clear example of this, I have been accused by explicitly Zionist Jews of being a crypto-Muslim whose interest in Jewish history is a clear tell as to my political preferences. That is, the only motive that someone from a Muslim background might have for being interested in Judaism and Jews is to serve the aims of anti-Zionist politics.