The Hunt for Other Earths Heats Up 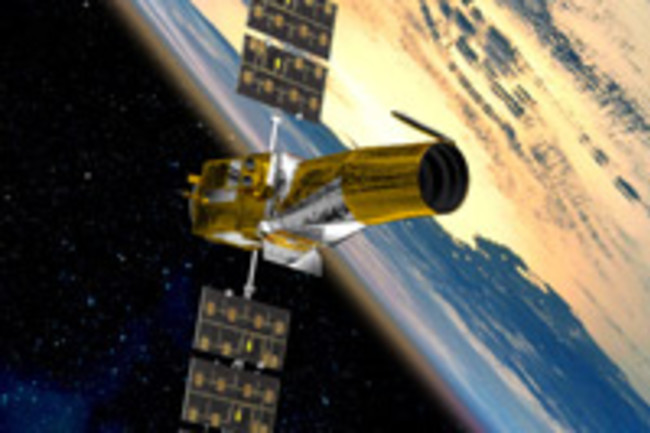 The satellite contains a 10.6 inch telescope and an array of spectroscopic detectors to seek out rocky, Earth-like planets with the potential for habitability beyond our solar system. | (Courtesy of ESA)

So you want to go looking for other Earth-like planets and the universe is big. How do you start? Where do you look? “You select areas where you have a lot of solar-type stars,” says Malcolm Fridlund, a project scientist for the European Space Agency (ESA). “They’re most likely to have planets like our solar system’s.” Fridlund helped design COROT (for convection, rotation, and planetary transits), ESA’s early entry in the race to find rocky, Earth-like planets outside our solar system.

Launched late last year, COROT is collecting information about distant planets as well as measuring cosmic stellar vibrations, which provide clues to the interiors of distant stars. In late April, the satellite is scheduled to execute a slow, steady about-face to look the center of the Milky Way straight in the eye and scan the dense crowds of stars there for terrestrial planets. “COROT is like a fisherman who has a giant net and catches fish from time to time,” says Laurent Kerjean, who runs COROT’s system tests.

Over 150 days this summer, COROT will capture data from an area of sky roughly equal to the size of the constellation Orion. Then it will turn and continue its hunt in the opposite direction. By the end of COROT’s mission, which could last up to three years, investigators expect to have searched for rocky planets around 50,000 to 60,000stars, providing the first good stats on the abundance of such worlds.

COROT is the first—and at $175 million, the cheapest—planet-seeking mission to get off the ground. NASA’s first Earth seeker, the Kepler mission, is scheduled for liftoff in 2009, and both NASA and ESA have scheduled more sophisticated missions for the next two decades. “We don’t know how common Earth-like planets are in our big universe. They could be extremely rare,” Fridlund says. On the other hand, “if COROT picks up rocky planets, then that means that Earth-like planets are common in the galaxy and that the conditions under which life could arise might not be that rare.”