The Hunt for Earth 2 Heats Up

NASA has a new device in the works that could detect planets like ours.

For anyone hoping another Earth is out there somewhere, William Danchi has good news: “Detecting extrasolar planets is easier than we thought.” Danchi, an astrophysicist at NASA’s Goddard Space Flight Center, is running simulations for the Fourier-Kelvin Stellar Interferometer, a proposed space mission that could lay the groundwork for the search for Earth-like worlds in the next decade. His work identifies two effects that are aiding the search. First, planets like our own orbit relatively close to their stars, where bright illumination more than compensates for the nearby glare. Second, the background heat and light created by Earth drops off sharply with distance in space. Researchers had underestimated these factors. “It’s an exponential effect,” Danchi says.

Meanwhile, astronomer Philip Hinz of the University of Arizona is successfully testing a nulling interferometer—the core technology of the Fourier-Kelvin Stellar Interferometer. His device exploits the wave properties of light to blot out a star’s rays and emphasize the glow of any planets nearby. When Hinz studied the disk of dust around the young star HD 100546, he discerned a small gap, probably swept out by a planet a few times the mass of Jupiter. “This is the first time we have been able to see planetary formation with this method,” Hinz says. 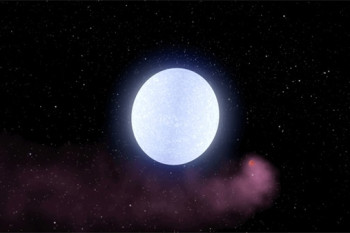 The SciencesThe Greatest Discoveries from the Spitzer Space Telescope