The Genius of the Jock 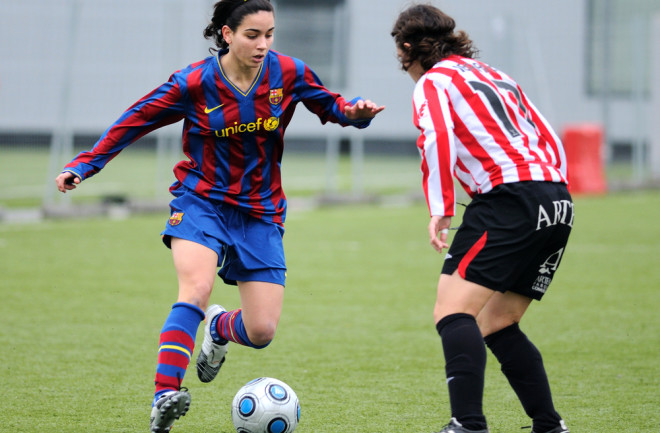 The qualities that set a great athlete apart from the rest of us lie not just in the muscles and the lungs but also between the ears. That’s because athletes need to make complicated decisions in a flash. One of the most spectacular examples of the athletic brain operating at top speed came in 2001, when the Yankees were in an American League playoff game with the Oakland Athletics. Shortstop Derek Jeter managed to grab an errant throw coming in from right field and then gently tossed the ball to catcher Jorge Posada, who tagged the base runner at home plate. Jeter’s quick decision saved the game—and the series—for the Yankees. To make the play, Jeter had to master both conscious decisions, such as whether to intercept the throw, and unconscious ones. These are the kinds of unthinking thoughts he must make in every second of every game: how much weight to put on a foot, how fast to rotate his wrist as he releases a ball, and so on.

In recent years neuroscientists have begun to catalog some fascinating differences between average brains and the brains of great athletes. By understanding what goes on in athletic heads, researchers hope to understand more about the workings of all brains—those of sports legends and couch potatoes alike.

As Jeter’s example shows, an athlete’s actions are much more than a set of automatic responses; they are part of a dynamic strategy to deal with an ever-changing mix of intricate challenges. Even a sport as seemingly straightforward as pistol shooting is surprisingly complex. A marksman just points his weapon and fires, and yet each shot calls for many rapid decisions, such as how much to bend the elbow and how tightly to contract the shoulder muscles. Since the shooter doesn’t have perfect control over his body, a slight wobble in one part of the arm may require many quick adjustments in other parts. Each time he raises his gun, he has to make a new calculation of what movements are required for an accurate shot, combining previous experience with whatever variations he is experiencing at the moment.

To explain how brains make these on-the-fly decisions, Reza Shadmehr and John Krakauer, then both at Columbia University, reviewed studies in which the brains of healthy people and of brain-damaged patients who have trouble controlling their movements were scanned. They found that several regions of the brain collaborate to make the computations needed for detailed motor actions. The brain begins by setting a goal—pick up the fork, say, or deliver the tennis serve—and calculates the best course of action to reach it. As the brain starts issuing commands, it also begins to make predictions about what sort of sensations should come back from the body if it achieves the goal. If those predictions don’t match the actual sensations, the brain then revises its plan to reduce error. Shadmehr and Krakauer’s work demonstrates that the brain does not merely issue rigid commands; it also continually updates its solution to the problem of how to move the body. Athletes may perform better than the rest of us because their brains can find better solutions than ours do.

Seeking to understand how athletes arrive at these better solutions, other neuroscientists have run experiments in which athletes and nonathletes perform the same task. Recently Claudio Del Percio of Sapienza University in Rome and his colleagues reported the results of a study in which they measured the brain waves of karate champions and ordinary people, at rest with their eyes closed, and compared them. The athletes, it turned out, emitted stronger alpha waves, which indicate a restful state. This finding suggests that an athlete’s brain is like a race car idling in neutral, ready to spring into action.

Del Percio’s team has also measured brain waves of athletes and nonathletes in action. In one experiment the researchers observed pistol shooters as they fired 120 times. In another experiment Del Percio had fencers balance on one foot. In both cases the scientists arrived at the same surprising results: The athletes’ brains were quieter, which means they devoted less brain activity to these motor tasks than nonathletes did. The reason, Del Percio argues, is that the brains of athletes are more efficient, so they produce the desired result with the help of fewer neurons. Del Percio’s research suggests that the more efficient a brain, the better job it does in sports. The scientists also found that when the pistol shooters hit their target, their brains tended to be quieter than when they missed.

Good genes may account for some of the differences in ability, but even the most genetically well-endowed prodigy clearly needs practice—lots of it—to develop the brain of an athlete. As soon as someone starts to practice a new sport, his brain begins to change, and the changes continue for years. Scientists at the University of Regensburg in Germany documented the process by scanning people as they learned how to juggle. After a week, the jugglers were already developing extra gray matter in some brain areas. Their brains continued to change for months, the scientists found. Comparing the brain waves of karate champions and ordinary people suggests that an athlete’s brain is like a race car idling in neutral, ready to spring into action.

Even as practice changes the brain’s anatomy, it also helps different regions of the brain talk to one another. Some neurons strengthen their connections to other neurons and weaken their connections to still others. Early on, neurons in the front of the brain (the prefrontal cortex) are active. That region is vital for top-down control, which enables us to focus on a task and consider a range of responses. With practice, the prefrontal cortex grows quiet. Our predictions get faster and more accurate, so we don’t need so much careful oversight about how to respond.

Several years ago Matthew Smith and Craig Chamberlain, then at the University of Northern Colorado, examined the connection between the quieting of the cortex and athletic ability. They had expert and unskilled soccer players dribble a ball through a slalom course of cones. At the same time, the players were asked to keep an eye on a projector screen on the wall to see when a particular shape appeared. Even with the second task, the seasoned soccer players could dribble at nearly full speed. Unskilled players did much worse than when they were undistracted, however. The disparity suggests that dribbling didn’t tax the expert player’s prefrontal cortex as heavily, leaving it free to deal with other challenges.

As the brains of athletes become more efficient, they learn how to make sense of a new situation sooner. In cricket, for instance, a bowler can hurl a ball at 100 miles an hour, giving batsmen a mere half second to figure out its path. In 2006 Sean Müller, then at the University of Queensland in Australia, and his colleagues ran an experiment to see how well cricket batsmen can anticipate a bowler’s pitch. For their subjects they chose three types of cricket players, ranging in skill from national champions down to university players. The cricketers watched videos of bowlers throwing balls. After each video was over, they had to predict what kind of pitch was coming and where it would land. In some cases the video was cut off at the point at which the bowler released the ball. In other cases the players got to see only the first step, or the first two steps, that the bowler took while the ball was still in his hand.

Elite cricket players did a much better job than less skilled ones at anticipating the outcome of a pitch. They could make fairly good predictions after watching the bowlers take just a single step, and if they got to see the pitch up to the moment of release, their accuracy improved dramatically. The less skilled players fared much worse. Their early guesses were no better than chance, and their predictions improved only if they were able to watch the pitch until the ball had left the bowler’s hand and was in flight.

Predicting the outcome of a task seems to involve the same brain areas that the athlete develops in practice, which would explain why athletes tend to fare better on challenges like these. In a related study, Salvatore Aglioti of Sapienza University assembled a group of people, some of whom were professional basketball players, and scanned their brains as they watched movies of other players taking free throws. Some of the movies stopped before the ball left the player’s hands; others stopped just after the ball’s release. The subjects then had to predict whether it went through the hoop or not. The pros in the group showed a lot of activity in those regions of the brain that control hand and arm muscles, but in the nonathletes those regions were relatively quiet. It seems that the basketball players were mentally reenacting the free throws in their minds, using their expertise to guess how the players in the movies would perform.

These studies are beginning to answer the question of what makes some people great athletes: They are just able to rewire their brains according to certain rules. As neuroscientists decipher those rules, they may find ways to give people better skills. In February 2009 Krakauer and Pablo Celnik of Johns Hopkins University offered a glimpse of what those interventions might look like. The scientists had volunteers move a cursor horizontally across a screen by pinching a device called a force transducer between thumb and index finger. The harder each subject squeezed, the faster the cursor moved. Each player was asked to move the cursor back and forth between a series of targets, trying to travel the course as quickly as possible without overshooting. The group trained 45 minutes a day for five days. By the end of training, the players were making far fewer errors.

The scientists also trained another group of people on the same game, but with a twist. They put a battery on top of the head of each subject, sending a small current through the surface of the brain toward a group of neurons in the primary motor cortex. The electric stimulation allowed people to learn the game better. By the end of five days of training, the battery-enhanced players could move the cursor faster and make fewer errors than the control group. And the advantage was not fleeting. For three months Krakauer and Celnik had their subjects come back into the lab from time to time to show off their game-playing skills. Everyone got rusty over time, but at the end of the period, the people who had gotten the electrode boost remained superior to the others.

Krakauer and Celnik’s study hints at a whole new world of ethical issues that may lie ahead for sports. Would it be cheating for a tennis player to wear a portable electrode as she practiced her serve? She would, after all, just be hastening the same changes that come with ordinary practice. Today’s controversies over doping in sports focus mainly on muscles. But tomorrow we may have to decide how much athletes should be allowed to take advantage of neuroscience.