The future of the universe

This month's provocative results on the acceleration of the universe raise an interesting issue: what can we say about our universe's ultimate fate? In the old days (like, when I was in grad school) we were told a story that was simple, compelling, and wrong. It went like this: matter acts to slow down the expansion of the universe, and also to give it spatial curvature. If there is enough matter, space will be positively curved (like a sphere) and will eventually collapse into a Big Crunch. If there is little matter, space will be negatively curved (like a saddle) and expand forever. And if the matter content is just right, space will be flat and will just barely expand forever, slowing down all the while. 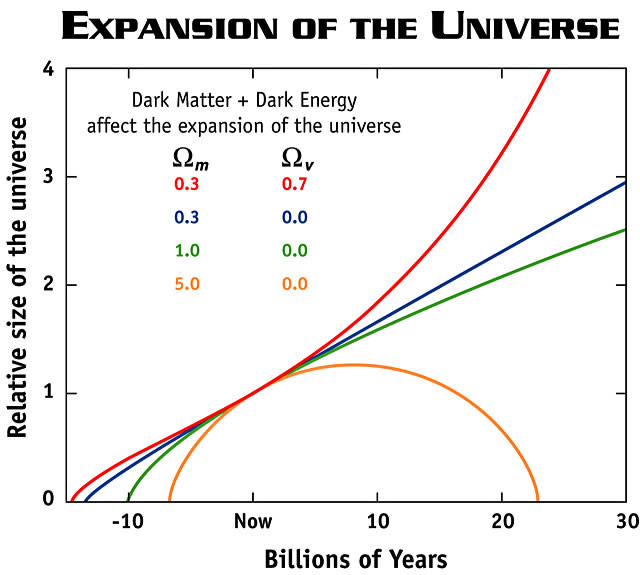