The Forecasted Collapse of a Fishery

It could be the dams, fertilizers, pesticides, and related reduced food availability. It might have to do with the amount of water in the region, climate change, and poor regulation. Most likely, it's some combination of these factors compounded by widespread apathy about a population of chinook salmon off the coasts of Northern California--until it was too late. The Press Democrat quoted fisherman Al Vail:

Sad, but is anyone surprised? Those with an eye to the fishery knew this news would come. The farmers, the environmentalists, the scientists, the fishermen, and much of the public observed and waited. Tragedy of the commons? Perhaps. Tragedy for the fishery and those involved in industry? Obviously. Next up... Blue Fin Tuna?

I'm reminded of Kurt on the fate of the planet in Man Without A Country: "We could have saved it, but we were too damn cheap and lazy." 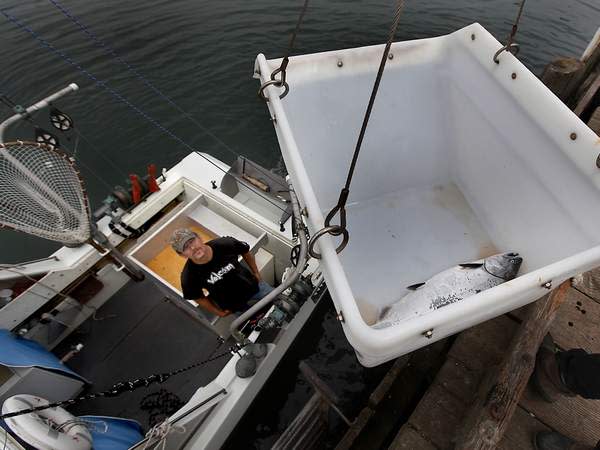