The End-Ordovician Mass Extinction Wiped Out 85 Percent of Life 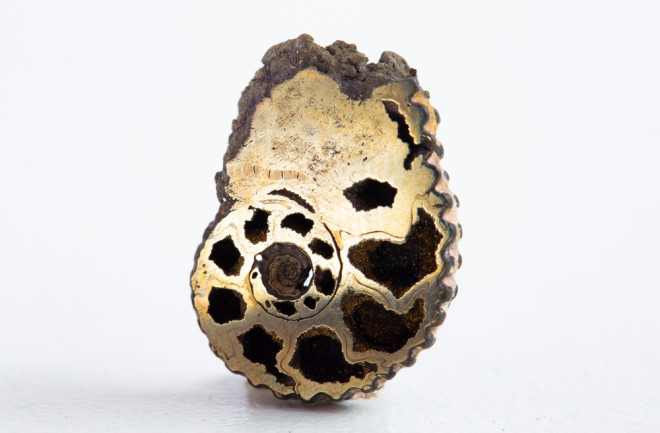 Long before the dawn of humans, dinosaurs, insects or even trees, a cascade of unfortunate events threatened to end life on earth.

During the Ordovician Period, around 485 to 444 million years ago, the diversity of marine life exploded. Trilobites and mollusks crawled on the ocean floor, plankton-like filter-feeders floated at all depths and coral and algae bloomed. Jawless fish, perhaps our oldest ancestors, drifted in shallow lagoons and deltas. Life may have also taken its first steps onto land during this period. Some researchers have speculated that Ordovician green algae may have migrated onto the shore with assistance from mycorrhizal fungi.

However, sometime around 445 million years ago, 85 percent of species went extinct over the relatively short interval of 1.4 million years. This unprecedented die-off is now known as the earth’s first mass extinction, the Late Ordovician mass extinction or simply LOME. Many researchers have devoted time, or even careers, to uncovering the underlying forces of extinction. But pieces of the puzzle are still missing.

“As you might imagine, trying to infer what exactly happened in the environment 445 million years ago is a fairly inexact process,” paleobiologist Charles Mitchell says. “But we can discern some things quite clearly.”

What Caused the Ordovician Extinction

Around the time of the extinction, the earth’s climate underwent a series of significant changes. A period of warming and sea level rise was followed by an ice age. Glaciers encapsulated much of the ancient supercontinent Gondwana, a landmass that gave rise to parts of every major modern continent. Eventually the ice age gave way to warming once again.

These climatic changes disrupted the ways in which nutrients like oxygen, carbon and nitrogen, cycled through the ocean at the time.

“When you shift from greenhouse conditions to ice house conditions, there are going to be major changes in ocean circulation patterns,” Mitchell says.

One prominent theory posits that an initial wave of extinction occurred when the ice age began. The organisms at the bottom of the food chain, algae and cyanobacteria, may have been slow to adjust to a colder climate. The same theory aligns the second wave of extinction with the end of the ice age. Warming temperatures may have caused a global “algal bloom,” much like the blooms caused by nutrient-rich wastewater in lakes and rivers today.

This rapid proliferation of cyanobacteria could have caused the de-oxygenation of the ocean, which scientists have observed in the geologic record.

A second theory that has gained some traction, ties both waves of extinction to the warm periods that bookend the ice age. In a 2020 paper, two geologists assert that a large volcanic eruption may have been a leading factor as well.

“Rather than being the odd-one-out of the ‘Big Five’ extinctions with origins in cooling, the LOME is similar to the others in being caused by volcanism, warming and anoxia,” they write.

While scientists will hotly debate the causes for decades to come, the outcomes of the extinction are clearer. All major groups of Ordovician organisms were affected — trilobites, brachiopods and bryozoans died off in large proportions. But, while subsequent mass extinctions selected broad categories of winners or losers, some species, from nearly every major group or organisms, survived the LOME. During the Silurian period, which succeeded the Ordovician, these survivors repopulated the oceans.

Mitchell has focused much of his work on a group of filter feeders that the extinction hit especially hard: graptolites. These tube-like organisms were plentiful in the Ordovician oceans.

“They were planktonic, so they were directly harvesting algae, which is at the bottom of the food chain,” Mitchell says. “For that reason, they’re a bit of a canary in a coal mine.”

By looking through thousands of graptolite fossils, Mitchell and his colleagues noticed something curious. The creatures were dying off, slowly, for long before the sharp decline associated with the mass extinction event.

“Graptolites started going extinct considerably before the big pulse,” Mitchell says. “That means that whatever caused the turnover had to have been a longer-term event.”

In other words, slow and incremental change eventually gave way to rapid decline. Here, Mitchell sees a parallel to current human-caused shifts in global biodiversity. Over the past century, vertebrate species have gone extinct at a rate 100 times that of the pre-industrial average. This rate is projected to increase as global temperatures rise.

“It looks like things are occurring predictably, and then you fall off a cliff,” Mitchell says. “Right now, we are still in the phase of incremental change. We can’t be fooled into thinking that this is manageable.”