The Fall and Rise of String Theory

While the novel theory may never live up to the early hype, its innovative tools have helped scientists for decades, and the best may be yet to come. 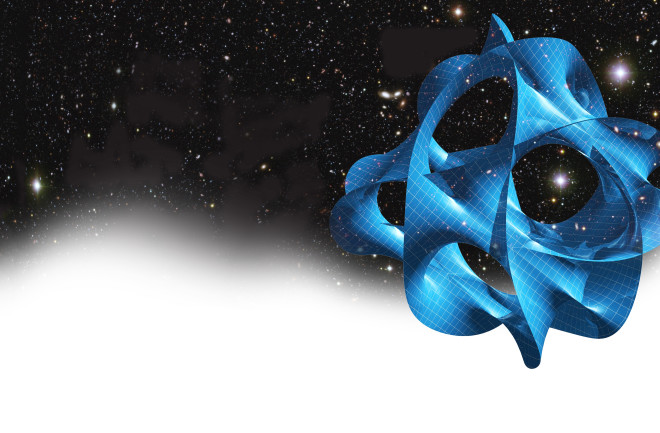 String theory was once the hottest thing in physics. In the 1980s and ’90s, it promised seemingly unlimited bounty. Arising from the notion that matter and energy are fundamentally composed of tiny, vibrating strings rather than pointlike particles, this theory attempted to unify all the known forces into a single, elegant package. Some physicists hailed string theory as the long-sought “theory of everything.”

Harvard University physicist Andrew Strominger, a leader in string theory for decades, remembers the early enthusiasm. “At the time of its new popularity,” he says, “there was a declaration that we had solved all the problems in physics and had the final theory in hand.”

Strominger knew, even in the euphoric ’80s, that such assertions were overblown. And, sure enough, skepticism has seeped in over the years. No one has yet conceived of an experiment that could definitively verify or refute string theory. The backlash may have peaked in 2006, when several high-profile books and articles attacked the theory. But while string theory has receded from the spotlight, it has not gone away. “The theory is still evolving and getting better — and better understood,” maintains Juan Maldacena of the Institute for Advanced Study at Princeton, New Jersey.

Many of today’s string theorists have adopted a utilitarian approach, dwelling less on its all-embracing potential and more on the here and now. Some practitioners are applying string theory techniques to problems in pure mathematics, while Strominger is working to secure a deeper conceptual grasp of black holes. Others still are relying on string theory for unexpected help with calculations relating to particle physics and exotic states of matter. Emerging from this diverse work is a new consensus: String theory may not be the fabled theory of everything, Strominger says, “but it is definitely a theory of something.”

Strominger was never one for the beaten path. He dropped out of Harvard twice in the 1970s to live in communes in New Hampshire and China before returning to college, bent on probing the universe through theoretical physics. As an MIT graduate student, Strominger was told to steer clear of risky subjects like string theory; he ignored the advice.

The gamble paid off. In 1985, three years after getting his Ph.D., Strominger co-authored one of the field’s seminal papers — part of the so-called “first string revolution.”

A central premise of string theory is that strings, the most basic unit of nature, vibrate in a 10- or 11-dimensional universe. The three familiar dimensions plus time make four, meaning six or seven “extra” spatial dimensions must lie hidden, shrunk down so small we can’t see them. These minute dimensions have to be “compactified” in a specific way to reproduce the physics we observe, and Strominger and his colleagues determined what that scrunched-up shape had to be: a six-dimensional mathematical object known as a Calabi-Yau space. A particle’s mass, the strength of a given force and other fundamental quantities depend on the shape, or geometry, of this convoluted space.

String theorists soon made a remarkable discovery. By rotating a Calabi-Yau space in a special way, they could produce a mirror image of sorts, though one with a very different shape. The surprise was that these apparently disparate Calabi-Yau shapes had a hidden kinship, both giving rise to the same physics. The theorists dubbed the phenomenon “mirror symmetry.”

Scientists quickly learned that this newfound symmetry could be harnessed to address various mathematical puzzles. In 1991, the physicist Philip Candelas and his colleagues used mirror symmetry to solve a century-old problem, in effect counting the number of spheres that could fit inside a Calabi-Yau space.

Mathematicians jumped into the act, using mirror symmetry to tackle other unsolved problems in enumerative geometry, typically entailing counting lines and curves on complicated surfaces and three-dimensional spaces. Mirror symmetry helped rejuvenate the field, and this line of research is still going strong with regular international math conferences devoted to it.

“During the past few years, progress has been made toward encapsulating this idea within one (albeit complicated) formula,” says Brandeis University mathematician Bong Lian. “The geometric, algebraic and physical pictures of mirror symmetry are all starting to converge.”

While Strominger co-authored a 1996 paper that offered a mathematical explanation for how mirror symmetry works, his emphasis over the past two decades has been on using string theory to gain insights into black holes. In one foray into this realm, he and Harvard colleague Cumrun Vafa explored a puzzling finding from the early 1970s by physicists Jacob Bekenstein and Stephen Hawking.

Until then, scientists regarded black holes as simple objects — quite literally holes in space, completely described by just three variables: their mass, spin and charge. Using general relativity (Einstein’s theory of gravity), thermodynamics and quantum theory, Bekenstein and Hawking devised a formula showing that black holes have surprisingly high entropy — a measure of how many ways particles can be arranged inside the object. A black hole’s internal structure, in other words, was very complex; it could assume a large number of potential states. The Bekenstein-Hawking formula yielded a precise number for the entropy, quantifying the possible interior states, without indicating what those different states might consist of.

In 1996, Strominger and Vafa turned to string theory to provide a microscopic perspective on black holes. Their way of affording an inside view, as with Candelas’ work, was similar to counting the number of spheres that could be configured inside a Calabi-Yau space. And the answer Strominger and Vafa arrived at agreed perfectly with the Bekenstein-Hawking result. This was a major triumph for string theory because it could do something — offer clues about a black hole’s inner makeup — that no other approach could.

Strominger has continued to press further. His work with Vafa showed that rapidly rotating black holes have “conformal symmetry,” which roughly means that certain physical properties are independent of the black hole’s size. Strominger subsequently realized that the presence of this symmetry, which hadn’t been recognized before, could be used to support a range of predictions. For example, he and his collaborators are currently trying to calculate the intensity of electromagnetic radiation emanating from the vicinity of a black hole. In a few years, Strominger says, once the worldwide network known as the Event Horizon Telescope comes online, astronomers can test those radiation estimates through direct measurements.

Using similar techniques originally inspired by string theory, Strominger’s group has computed the spectrum of gravitational waves emitted when compact objects like stars fall into giant black holes — predictions that could be verified by the future Evolved Laser Interferometer Space Antenna, planned to launch in two decades (or maybe sooner). Strominger also believes that evidence of conformal symmetry might emerge from the Laser Interferometer Gravitational-Wave Observatory, which spotted gravitational waves for the first time earlier this year. Soon, he says, astronomers may be drowning in data that they cannot fully interpret. “We’d like to use ideas from string theory to shed some light on corners of this.”

Other physicists, meanwhile, are employing string theory methodologies in their study of extreme matter states — from the intensely hot plasmas produced in particle colliders to materials created in laboratories at temperatures close to absolute zero.

University College London physicist Andrew Green, who investigates the strange phases of matter that arise at ultra-frigid temperatures, never imagined getting into string theory, but has found it extremely worthwhile. Although it may not offer a comprehensive theory of reality, he says, “it has ushered in the development of a new set of mathematical techniques that are useful in broad areas of physics.”

Many of these approaches involve higher-dimensional geometry, he adds, “allowing you to draw geometrical pictures of what were previously algebraic formulations.” Green calls string theory “the new calculus,” saying that its ideas will ultimately join the standard toolkit of theoretical physics.

Strominger agrees. While physicists may not have stumbled upon the ultimate theory of everything 30-some years ago, he sees string theory as “a starting point” from which such a theory might still emerge. Regardless of how that quest turns out, it’s already a proven tool that hints at “how seemingly irreconcilable things can fit together.” And as new applications continue to be explored, it’s becoming clear that the one thing string theory isn’t is obsolete.