The Cutting-Edge Telescopes On the Horizon

New telescopes will offer an unprecedented look at the sky, with exquisite resolution and a variety of instruments. 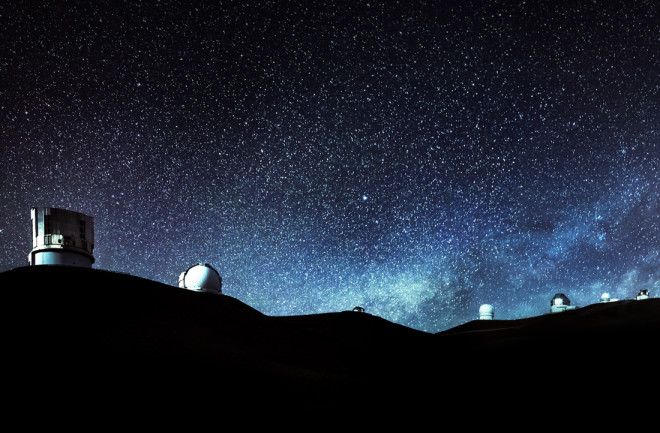 Human eyeballs aren’t the best detectors of faint and distant astronomical objects. That’s why we made telescopes, which use lenses or mirrors to gather and focus light, revealing the details of faraway planets, stars and galaxies.

A bevy of cutting-edge telescopes is poised to capture the universe’s photons using mirrors up to 10 million times as large as a person’s pupil. Our knowledge of planetary, stellar and galactic systems will likely be rewritten by these telescopes, which will have exquisite resolution and a variety of instruments to record light at different wavelengths. To get a sense of what will be in store, let’s compare some of these upcoming scopes — and their diameters — with a few of their revolutionary forebears.

A device for “seeing faraway things as though nearby” first emerged in 1608 in the Netherlands and quickly spread to France and Italy, where Galileo Galilei turned one toward the sky. Galileo’s telescope allowed the Italian scientist to see craters on the moon, as well as the four largest satellites of Jupiter and spots moving across the face of the sun.

Telescopes that rely on glass lenses, such as Galileo’s designs, focus the light of various colors differently, creating a blurred image. In 1672, Isaac Newton showed England’s Royal Society a telescope of his own design. Instead of using lenses, his telescope used mirrors, which avoided the blurring problem. Newton’s engineering paved the way for modern research telescopes, which all rely on mirrors to focus light.

The Hubble Space Telescope, orbiting 570 kilometers above Earth’s atmosphere, has peered deep into space to witness the formation of new planets, the evolution of galaxies and the age of the universe. Hubble’s cameras and instruments are sensitive to ultraviolet–infrared light, and the observatory gathers about 120 gigabytes of science data each week.

The telescope’s 18 gold-coated mirror segments will allow astronomers to search for the universe’s oldest galaxies, observe the formation of stars and measure the physical and chemical properties of planetary systems. The telescope will launch in an Ariane 5 rocket to reach its orbit 1.5 million kilometers from Earth.

The twin scopes on the summit of Mauna Kea (pictured) are the most scientifically productive telescopes on Earth. They have studied comets’ volatile organic compounds, planets orbiting other stars and the black holes in the Milky Way and other galaxies. Their adaptive optics technology cancels out minute distortions to light caused by the Earth’s atmosphere, making its ground-based vision crisper even than Hubble’s.

The American, Korean and Australian partners involved with the GMT will take advantage of the telescope’s Southern Hemisphere location to study the otherwise hidden Large and Small Magellanic Clouds — two of the Milky Way’s nearest neighbor galaxies — and the black hole in the center of our galaxy.

With instruments capturing ultraviolet, optical and infrared light, the combined collecting area of the telescope’s 492 mirror segments will be more than two orders of magnitude larger than Hubble’s. That means the Thirty Meter Telescope will be able to detect objects too dim for Hubble, leading to detailed observations of the earliest stars and how these objects influenced the universe’s evolution.

The world’s largest optical/near-infrared telescope will be built on a 3,000-meter peak in the Atacama Desert of northern Chile. The scope’s light-collecting capacity — made possible with almost 800 mirror segments just 50 millimeters thick — will allowastronomers to detect Earth-like planets around other stars, measure the properties of the universe’s first stars and galaxies, and probe the nature of dark matter and dark energy.

[This article originally appeared in print as "Killer Apertures."]