When police in London asked YouTube to remove music videos from a genre known as drill rap, the company complied. Now, researchers are searching for evidence linking the music to violent crime — and failing to find it. 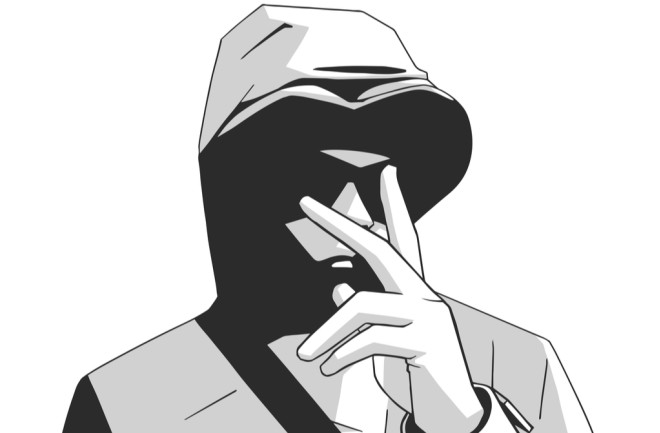 In August 2017, a rapper known as M-Trap 0 was among three people who stabbed to death a 15-year-old boy in South London. All were later convicted, and M-Trap 0, also known as Junior Simpson, and the two others were subsequently sentenced to no less than 18 years in jail.

One curious aspect of the case was that Simpson performed a type of music known as U.K. drill rap, characterized by lyrics about violent and debauched criminal lifestyles. Before sentencing, the trial judge highlighted Simpson’s lyrics that described knife attacks and were written before the murder. The judge said he believed they showed Simpson was waiting for the right opportunity for such an attack. The link between drill rap and violence seemed clear.

In 2018, London’s police commissioner cited drill rap as a factor behind a rapid rise in knife crime in the capital and asked social media platforms to stop spreading it. In response, YouTube deleted more than 30 videos associated with drill rap, about half of those the police had asked for.

The episode raised controversial questions about the relationship between violent crime and cultural activities. There is little dispute that some drill music is produced by gangs in London and that the release of drill music coincides with violence from time to time. The question is over cause and effect. Does drill music incite violent crime?

Today, we get an answer of sorts, thanks to the work of Bennett Kleinberg and Paul McFarlane at University College London who have studied the lyrics in U.K. drill music, how it has changed over time and how it is correlated with violent crime in London. “The current policy of removing drill music videos from social media platforms such as YouTube remains controversial because it risks conflating the co-occurrence of drill rap and violence with a causal chain of the two,” they say.

To explore this issue, Kleinberg and McFarlane study the lyrics of drill music and measure the way their sentiment has changed over time. They then compare this trajectory to the way violent crime has changed in London over the same period.

Sentiment analysis is relatively straightforward. It begins with a database of individual words and the sentiment each conveys, whether positive, negative or neutral. The analysis uses a sliding window technique to move through lyrics measuring how sentiment changes. And by doing this with different songs, the researchers can build a picture of the way lyrical sentiment changes over time.

One problem is that the language used by drill artists can be obscure and, in any case, evolves over time. So the researchers analyzed new words to determine their meaning and sentiment. For example, they found that ting translates as gun or thing, opps translates as enemies in other gangs, splash mean stab, peng means attractive girl, shank means knife, and so on.

After including this new vocabulary in their database, the researchers analyzed the sentiment expressed by 105 different London-based drill artists over the period between December 2013 and November 2018.

The team also look at the way three different types of crime changed over the same period: homicide, robbery of personal property and violence with injury. Between December 2013 and November 2018, there were 121,00 robberies, 370,000 instances of violence with injury and 609 homicides in London.

But these crime statistics are not obviously correlated with sentiment in drill music. “An initial look at the relationship between crime and sentiment did not support the idea of the negativity of drill lyrics as a leading indicator (or even incitement) for real-life serious crimes,” say the researchers. “We cannot interpret these results as support for the hypothesis that sentiment can be used as an indicator of real-life crime.”

That’s interesting work that is related to other similar controversies over the relationship between crime and other cultural vehicles such as violent films, video games and so on. The evidence in all cases is ambiguous. Even if there were a correlation, the question then arises of cause and effect. And that throws into question decisions to ban music or other cultural activities.

The work of Kleinberg and McFarlane has some limitations, however. For example, much of the crime in London is not related to gang activity, which the researchers acknowledge. But this shortcoming may mean that their analysis is not capable of revealing a correlation, even if it exists. In addition, the researchers cannot rule out that factors other than lyrical sentiment may be related to crime, such as the way rappers dress in videos, the hand signals they use and the weapons they carry. That leaves the work open to certain kinds of criticism.

A broader issue is what kind of social factors contribute to increases in crime. Various commentators have pointed to more obvious influences such as poverty, inequality, low levels of education, poor housing, and so on.

In an interview with The Guardian in 2018, the London-based drill rapper Abra Cadabra pointed to the cuts that affect schools, youth clubs, social housing and benefits as contributing factors. “Targeting musicians is a distraction,” he said. “Our art is imitating our life, not the other way ’round.”

The issue is clearly complex. Kleinberg and McFarlane say they do not, and cannot, claim that drill music videos have not contributed to some instances of gang-related violence. Indeed, they point out that requests to remove the videos from social media may be based on confidential data only accessible to the police.

But ultimately, evidence-based science should play an important role in informing public policy on these issues. “At this point in time, to the best of our knowledge, there is no publicly available empirical evidence that drill music language incites violent crime,” Kleinberg and McFarlane conclude.