Planet-eating stars may be far more common than scientists once thought. 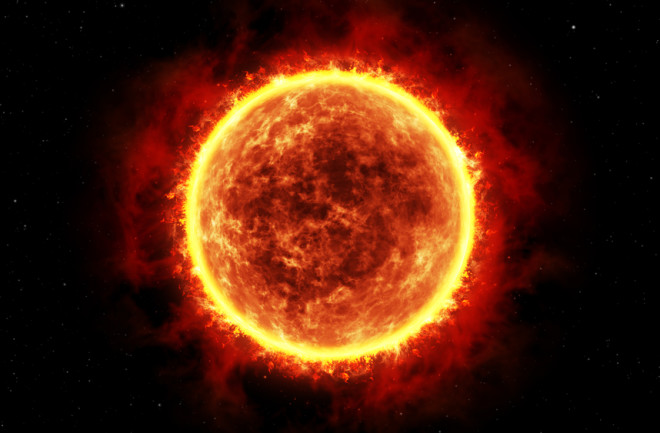 Our solar system is well behaved: The set of planets follows near-circular orbits around the sun that don’t cross paths or change much. Even the occasional asteroid collisions are relatively peaceful compared to the havoc that likely exists in some of the more than 3,000 planetary systems discovered in our galaxy to date. Somewhere in the Milky Way, a planet could be headed on a collision course with its host star.

The gravitational tug-of-war within planetary systems carves out the paths that planets follow as they orbit their respective star. At any instant, these forces of attraction can change these paths by tiny, barely noticeable amounts. In our solar system, these changes tend to cancel each other out, and the orbits remain relatively stable (even over hundreds of millions of years).

In some systems, however, the tiny changes add up over time and alter the orbits significantly, often in unpredictable ways. This chaos runs rampant in such systems, especially early on when planets still seek a stable configuration, says Lorenzo Spina, an astrophysicist at the Astronomical Observatory of Padua in Italy.

In the process, planets can migrate through space and end up far from where they initially formed. For example, “hot Jupiters” have been discovered orbiting close to their stars; these gas giants likely formed farther out and moved inward. And when a planet migrates, it can trigger more dramatic changes in the orbits of nearby planets. In such cases, stable, near-circular orbits can become more elliptical, bringing planets closer to their host star(s).

In a recent Nature Astronomy study, Spina and his colleagues found that chaos within about a quarter of planetary systems with sunlike stars has altered planets’ orbits — to the point of engulfment by its own star. “You wouldn’t see a spectacular explosion. But the gravitational force of the star would break the planet into small pieces before it could collide with the star,” says Spina.

These pieces would enrich the chemical composition of the star with the elements iron and lithium, which are found in rocky planets and the cores of gas planets, too.

As for the frequency of such an unruly occurrence: “It might be more shocking if a star didn’t eat a planet, but prior to this study, there was no way of proving this,” says Thomas Burbine, director of the Williston Observatory at Mount Holyoke College, who was not involved in the study.

Spina’s team worked around this hurdle by analyzing binary stars, which are pairs of stars that orbit each other. In these systems, both stars should theoretically possess the same chemical composition if they formed in the same region of space. Therefore, the pairs in which one star has more iron and lithium indicate planet-eating. “If you have one star, you don’t know if it formed with that chemical signature. But using binary stars to check for planetary engulfment is clever,” says Burbine.

To search for other planets that can support life, it could help to examine the chemical composition of sunlike stars to check for evidence of planetary engulfment. This strategy might rule out systems that are too unruly to support Earthlike planets.

If the planets’ orbits keep changing then the potential for life decreases, according to Burbine, because this is associated with a greater chance of extinction-level collisions. “If you want to look for life, you want things to be peaceful,” he explains.

Interestingly, the sun’s chemical composition could include less iron and lithium than nearby stars. A potential explanation: These planetary systems have experienced planet-swallowing events whereas our solar system hasn’t — at least not in the past few billion years. “Every planetary system is very chaotic early on, and then it will or won’t find a stable configuration,” says Spina.

In this sense, our sun could appear peaceful if an extraterrestrial civilization were to analyze the composition of stars — perhaps until when the sun becomes unruly and swells into a red giant star 5 billion years from now (possibly devouring Earth). But that is a very long time away.