The Best Science Book Ever Written 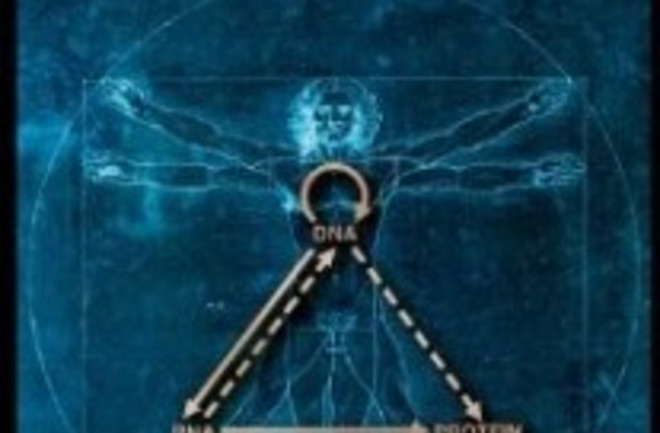 The Eighth Day of Creation, Cold Spring Harbor Press edition The New Yorker recently started a blog about science and technology called Elements. I wish it had confined itself more tightly to science. There is too much about social networking -- Facebook, in particular -- and the Internet. But there are also plenty of posts -- articles really -- by some very good science writers: Gareth Cook, Michelle Nijhuis, and David Dobbs. (All three have been instructors at the Santa Fe Science Writing Workshop, which my former New York Times colleague, Sandra Blakeslee, and I organize every year. Before that Michelle was a student there.) Virginia Hughes, another talent, has a post in Elements today. The blog has also included dispatches from some of the magazine’s excellent staff writers like Michael Specter and Elizabeth Kolbert. Good science writing is a New Yorker tradition, and Joshua Rothman, on a different part of the website, recently noted some of the great examples that have appeared over nearly a century in the printed edition -- works by Freeman Dyson, John McPhee, Oliver Sacks, and other luminaries. I know he couldn’t mention everyone, but for me two omissions particularly stood out: Jeremy Bernstein and Horace Freeland Judson. Beginning in the early 1960s Bernstein, a physicist who knew and worked with some of the biggest names in his science -- Hans Bethe, I. I. Rabi, Robert Oppenheimer, Murray Gell-Mann, Frank Yang, and T.D. Lee -- wrote about them and others in fullscale profiles or in shorter "Talk of the Town" pieces. He also ventured beyond physics, writing profiles of Arthur C. Clarke, Marvin Minsky, Lewis Thomas, and Joshua Lederberg. Along with the science were reports from “our far-flung correspondent” as Bernstein climbed the Alps and trekked in the Himalayas, often conversing with colleagues about particle physics -- a modern day version of Bohr and Heisenberg rambling across the Danish countryside arguing about quantum theory. Judson, when he appeared in the magazine, sprawling across three separate issues, was the European cultural correspondent for Time. The subject of his New Yorker articles, however, was molecular biology and the chain of insights and experiments that led from the early inkling that nucleic acids were the carriers of genetic information to the triumphant discovery of James Watson and Francis Crick: that deoxyribonucleic acid was shaped in just such a way that suggested its function as a self-replicating molecule capable of conveying the instructions for making proteins. With Judson’s superb journalism and narrative sense, you can almost feel what it was like in the early days when it wasn’t even clear what information was in a biological sense or how it could be coded within the arrangement of the atoms that bind to form molecules. The series about DNA became the first part of an even longer book, The Eighth Day of Creation: Makers of the Revolution in Biology. It begins like this:

We were crossing London in one of those commodious taxicabs, Max Perutz and I, on a sun-washed Wednesday afternoon late in May 1968, heading for Liverpool Street Station and the train to Cambridge, when Perutz, reflecting on the ways men do science, paid James Watson the most exact yet generous compliment I have ever heard from one scientist to another.

The sentence, leaving us in suspense, may seem long compared with what people are used to reading now, and some will object to Judson’s using (in the style of the time) “men” as the collective noun for people. But more than once that first sentence has pulled me right into the story. As the paragraph continues Crick makes his first appearance, and there is a mention of the scandal created by The Double Helix, Watson’s tell-all account of the DNA story. We learn that Perutz is a molecular biologist, “a frail-seeming man . . . of gentle courtesy, shy brown eyes, vast information,” that he is “precise, worrying, abstracted,” but “with the wiry will to climb for sport the Alps of his native Austria, and to spend forty years working at the cliff face of a problem -- the three-dimensional, atomic structure of the hemoglobin molecule, all ten thousand atoms of it -- that was so nearly impregnable it took him fifteen years just to discover how to do it. . . .” What immediately propels the story forward is the contrast between the careful, methodical way that Perutz unravelled hemoglobin -- this lump of a molecule -- and the flashes of intuition that ultimately lead Watson and Crick to the vastly simpler and lither structure of DNA. At the end of this first paragraph -- about 1,000 words, the size of a long blog post -- we finally learn what Perutz’s compliment was:

People sneer at Jim’s book, because they say that all he did in Cambridge was play tennis and chase girls. But there was a serious point to that. I sometimes envied Jim. My own problem took thousands of hours of hard work, measurements, calculations. I often thought that there must be some way to cut through it -- that there must be, if only I could see it, an elegant solution. There wasn’t any. For Jim’s there was an elegant solution, which is what I admired. He found it partly because he never made the mistake of confusing hard work with hard thinking. . . . Of course he had time for tennis and girls.

We immediatley know we are reading a book not just about science but about scientists -- people -- and how they think. Then we quickly hear just enough about Judson himself before he fades into the background -- how as a "journeyman theater critic and book reviewer stationed in London,” who also did some science writing, he interviewed Perutz for a story -- and then interviewed others and others, becoming swept up in the "bracing," "intellectual daring" of their venture, to explain life molecularly. We know we are in the hands of a smart, literate, curious outsider -- someone at about our level -- with enviable inside connections and a determination to lead us through the winding path of one of the great discoveries of all time. I remember the moment one of my best friends, Richard Freedman, thrust all three issues into my hands. “You have to read this,” he said. I was home from graduate school on a visit to New Mexico with my girlfriend, and I brought the magazines with me when we drove up to my family’s cabin in the Jemez Mountains. Hours after she had gone to bed upstairs, I was sitting by the fire, stoking it with more wood, as I read Judson. The climax comes with the publication of Watson and Crick’s 1953 paper in Nature -- its 60th anniversary is next Thursday. When Judson’s book came out (it was reviewed in the New York Times by Jeremy Bernstein), that entire saga comprised part 1. In the second part, with the structure of DNA nailed down, Crick and other scientists like Jacques Monod and Francois Jacob go on to decipher the genetic code -- discovering how triplets of nucleic acids each “stand for” an amino acid, one of 20 building blocks of proteins. Part 3 describes how Perutz finally chipped his way through to reveal every nook and cranny of hemoglobin. Here too, the structure suggested the function, with the molecule imbibing and expelling oxygen atoms almost like a submicroscopic lung. I never got around to reading every word of parts 2 and 3. I wish they would be published as three free-standing volumes. Or just publish the first one. It alone is the best book about science I have ever read. To be continued.