The Arrow of Time? It's All in Our Heads

The fundamental laws of physics don't care about our notions of 'time passing.' 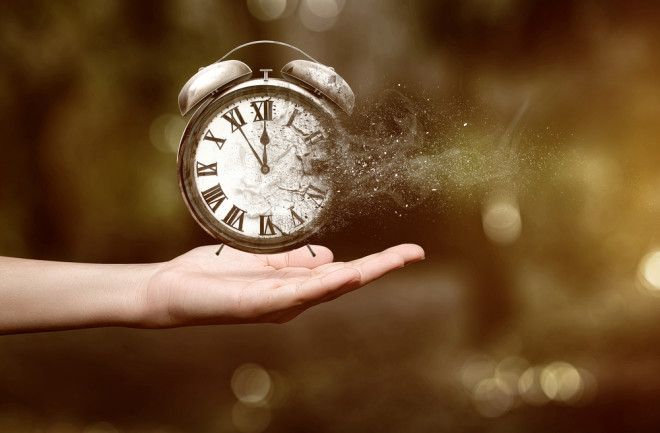 Have you ever wondered why we age and grow old?

In the movie “The Curious Case of Benjamin Button,” Brad Pitt springs into being as an elderly man and ages in reverse.

To the bafflement of scientists, the fundamental laws of physics have no preference for a direction in time, and work just as well for events going forward or going backward in time.  Yet, in the real world, coffee cools and cars break down. No matter how many times you look in the mirror, you’ll never see yourself grow younger. But if the laws of physics are symmetric with respect to time, then why do we experience reality with the arrow of time strictly directed from the past to the future?

A new paper just published in Annalen der Physik — which published Albert Einstein’s theories of special and general relativity — Dmitry Podolsky, a theoretical physicist now working on aging at Harvard University, and I explain how the arrow of time — indeed time itself — is directly related to the nature of the observer (that is, us).

Our paper shows that time doesn’t just exist “out there” ticking away from past to future, but rather is an emergent property that depends on the observer’s ability to preserve information about experienced events.

The key to the nature of time is quantum gravity. During the last century, it became clear to physicists that the world of relativity (which deals with objects at large distances) and the world of quantum mechanics (which describes reality at small distances) are incompatible with each other. The problem of making them compatible, known in theoretical physics as the problem of “quantum gravity,” remains perhaps the largest unsolved mystery of science despite intensive efforts by some of the greatest minds of the century.

Cracking the puzzle of quantum gravity requires us to go back to the foundations of quantum mechanics, which remains as puzzling to students and experienced scientists as it was to Einstein over half-a-century ago. Perhaps the most puzzling feature among them is called “wave function collapse.”

To understand the problem, consider the light in your room. Common sense tells us that the light is either on or off, but not both at once. Yet, quantum mechanics allows such bizarre states (called “entangled”), in which the lights have been neither turned on or off. Instead, they exist in a “superposition” of the two states — that is, both “on” and “off.”

Experiments confirm that entangled states exist at microscopic, scales, at the size of atoms or elementary particles. But if the laws of quantum mechanics are universal, why don’t we observe entangled states of macroscopic objects surrounding us? The famous Schrödinger’s cat experiment suggests that even cats and people can exist in an entangled state, i.e. they can be both “alive” and “dead” at the same time. If so, then why do real life cats always seem either dead or alive?

The answer, as was suggested by the founding fathers of quantum mechanics, is called “wave function collapse” or “decoherence.” The light becomes either permanently on or off — or Schrödinger’s cat alive or dead — if we, the observer, measure its state. When we measure the quantum state, we destroy its coherence.

The Arrow of Time Emerges

Einstein’s collaborator, John Wheeler (who coined the word “black hole”) argued that time itself emerges due to a decoherence of the wave function describing the universe, which is subject to the laws of quantum gravity. However, our paper shows that the intrinsic properties of quantum gravity and matter alone cannot explain the tremendous effectiveness of the emergence of time and the lack of quantum entanglement in our ordinary, everyday macroscopic world. Instead, it is necessary to include the properties of the observer, and in particular, the way we process and remember information. Our new paper suggests that the emergence of the arrow of time is related to the ability of observers to preserve information about experienced events.

For years physicists have known that Newton’s laws, Einstein’s equations, and even those of the quantum theory, are all time-symmetrical. Time plays absolutely no role. There is no forward movement of time. Thus, many scientists question whether time even exists. Indeed, Einstein’s theories of relativity suggest not only that there is no single special present but that all moments are equally real.

So if the laws of physics should work just as well for events going forward or going backward in time, then why do we only experience growing older? All our scientific theories tell us that we should be able to experience the future just like we experience the past.

The answer is that we observers have memory and can only remember events which we have observed in the past. Quantum mechanical trajectories “future to past” are associated with erasing of memory, since any process which decreases entropy (decline in order) leads to the decrease of entanglement between our memory and observed events.  In other words, if we do experience the future (which we might), we are not able to store the memories about such processes. You can’t go back in time without this information being erased from your brain.  By contrast, if you experience the future by using the usual route “past > present > future,” you accumulate memories and entropy grows.

Thus, a “brainless” observer — that is, an observer without the ability to store observed events — does not experience time or a world in which we age.

Aging truly, is all in your head.

Robert Lanza is author of Biocentrism, and is a professor at Wake Forest University.  In 2014, Time magazine recognized him as one of the “100 Most Influential People in the World.” Prospect magazine named him one of the Top 50 “World Thinkers” in 2015. He is credited with several hundred publications and inventions, and over thirty scientific books. A former Fulbright Scholar, he studied with Nobel Laureates Gerald Edelman and Rodney Porter, and worked closely (and coauthored a series of papers) with noted Harvard psychologist B. F. Skinner and heart transplant pioneer Christiaan Barnard.