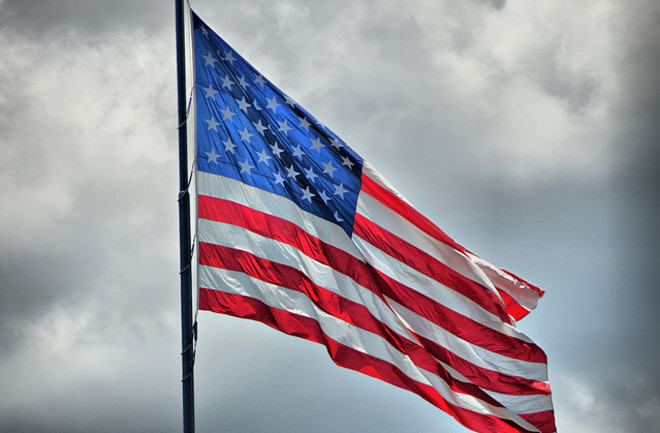 Image: Flickr/Karsun DesignsHappy Fourth of July! If your town is anything like mine, you're seeing American flags all over the place. And guess what? Those American flags aren't just pretty decorations. Like many other symbolic icons, seeing an American flag can change how you feel. For example, it might make you feel patriotic. And, at least according to this study, seeing an American flag tends to make Republicans more Republican and Democrats more Democratic. The authors speculate that this is because that's what being an American means to each of these political parties. Just what we need - more political polarization!Exposure to the American flag polarizes democratic-republican ideologies. "Some prior research has suggested that exposure to the American flag tilts Americans towards Republicanism, while others have proffered that it brings outs a common 'together' perspective instead. We explore a third possibility - that it may actually polarize Americans' political ideology. It is generally accepted that exposure to an environmental cue can shift attitudes and behaviours, at least partly or temporarily, in a manner that is consistent with that cue. Yet, the same cue can mean different things to different people. In the same vein, given how national identity and political ideology are intertwined in the United States, we hypothesize that the American flag should heighten different political beliefs depending on individuals' political ideology. To Democrats, being American is to support Democratic values, but to Republicans, being American is to support Republican values. The American flag thus should heighten Democrats of their Democratic identity, and it should heighten Republicans of their Republican one. The results of an experiment with 752 American respondents who were representative of the US population supported this polarizing effect of the American flag. The theoretical and policy implications of the findings are offered." Related content: An autopsy of chicken nuggets.Who was a real US president, Alexander Hamilton or Chester Arthur? Most Americans get the answer wrong.The 2013 BMJ holiday issue is a gift of silly science: from James Bond to the Brady Bunch.