The Abandoned Shuttles of the Soviet Space Program 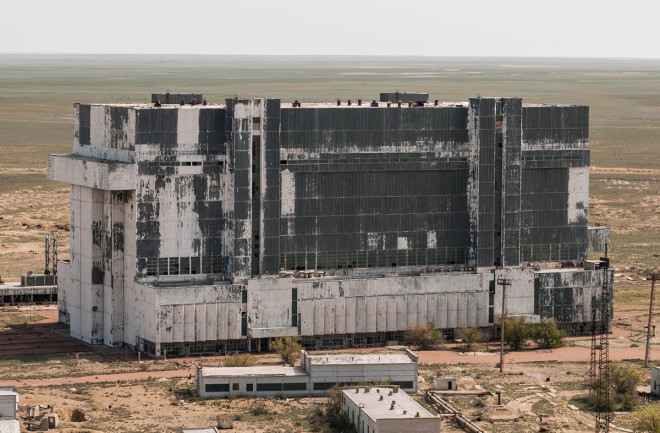 Inside a deteriorating hangar at the Baikonur Cosmodrome sit a pair of derelict spacecraft, built by the Soviet Union as part of a bold challenge to the U.S. manned space program.

Only weeks before NASA’s return to manned spaceflight in September 1988, more than two years after being grounded in the wake of the Challenger disaster, the Soviet space agency released photos of its own space shuttle. Named Buran (“snowstorm” in Russian), it looked almost identical to the American shuttle. On Nov. 15, 1988, Buran orbited Earth twice and made a nearly perfect landing without any humans on board. Money dried up after the Soviet Union’s collapse in 1991, however, and it never flew again.

Both shuttle programs are now defunct, and the remaining U.S. shuttles are on display in museums. Buran was destroyed in a 2002 building collapse at Baikonur; its siblings, pictured here, never left Earth. One was a non-flying replica used to test equipment. The other, dubbed Ptichka (“little bird”), was nearly 95 percent complete and intended for spaceflight.

Ironically, the humble Russian-built Soyuz spacecraft, operational since the ’60s, outlasted both programs and is currently the only ride for U.S. and Russian astronauts to reach the International Space Station.

Buran lifted off from Baikonur on Nov. 15, 1988, orbited Earth twice and landed successfully on autopilot. It never flew again, however, and the program ended in the early ‘90s from a lack of funding. Buran was destroyed in a 2002 building collapse; today, replicas and partly built vehicles from the project sit abandoned. | Sovfoto/UIG via Getty Images

[This article originally appeared in print as "Snowstorm's End."]