The 4 Big Discoveries Underpinning Our Knowledge of the Universe 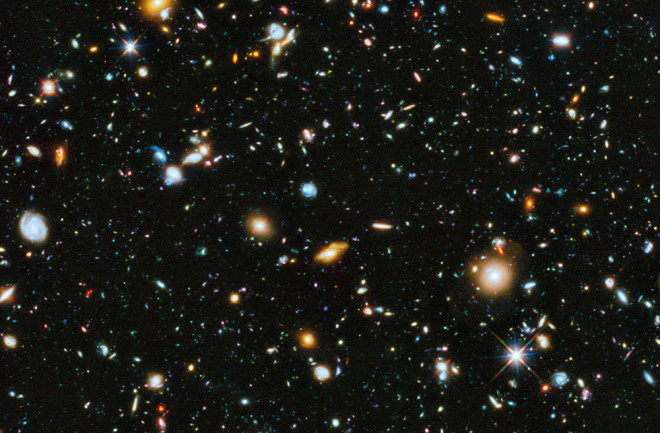 For many, science is nothing more than that class you were required to take in school. However, whether you realize it or not, science is all around us, and it impacts every aspect of our lives. And, the stories behind key scientific discoveries, though not commonly known, are truly inspiring.

So, if you want a quick refresher on how the universe works, focus on these four fascinating discoveries and the history behind them:

By 1609, Galileo Galilei (1564–1642) had grasped much about the energy conservation between kinetic energy (energy of motion) and potential energy (energy that is stored) through his experiments involving the dynamics of swinging pendulums, and objects in free fall and rolling down an inclined plane.

However, he never provided a clear definition of energy nor realized its other forms. This took over two hundred more years. The reason? Heat.

By the end of the eighteenth century, heat was thought to be a sort of fluid capable of flowing through ordinary objects. Not too crazy, after all, heat from your coffee does “flow” through the glass to your hand, for example.

The relationship between heat and work became understood thanks to Julius Robert Mayer (1814–1878) and James Prescott Joule (1818–1889), which clarified that heat was one of several forms of energy. Building off their work, Hermann von Helmholtz’s (1821–1894) constructed a mathematical theory for energy conservation that included kinetic energy, potential energy, and heat, along with various forms such as electrical, magnetic, and chemical. Their collective efforts and others led to the establishment of the first law (energy is never created nor destroyed) in 1850.

In 1823, Sadi Carnot (1796–1832) wanted to understand why a heat engine (like your car engine) is so inefficient at converting heat into work. Indeed, back then a mere 6 percent of heat was used for work while the rest was lost to the surroundings.

Carnot found that even a perfect heat engine (without frictional heat loss among the moving parts), can’t achieve 100% efficiency whereby all the heat is converted to work. Evidently, the universe always demands a quantity of heat to be lost. The question was: Why?

In 1852, William Thomson (later Lord Kelvin) (1824–1907) published an article stating that not all energy is created equally, noting that some types of energy can be used for work, while others types are less amenable. For example, extracting work from the uniform (ordered) flow of a river is much easier than from the crashing, random (disordered) waves of the ocean. Thomson concluded that nature simply favors random or dissipated energy, and once it’s dissipated, it’s hard to get work from it. He had revealed something not accounted for by the first law.

In 1854, Rudolf Clausius (1822–1888) built upon Carnot’s work to uncover a new physical property, which in 1865, he finally called entropy. He found that for the processes occurring in nature (e.g., coffee cooling off) entropy always increases, which he summarized as “The entropy of the universe tends to a maximum.” His statement (of the second law) is reminiscent of Thomson’s “tendency of energy towards dissipation.”

Ludwig Boltzmann (1844–1906) showed that entropy is connected to the microscopic motion of atoms and molecules. Specifically, he considered a collection of gas atoms zipping around and colliding with each other, calling their collective positions and velocities (at a given moment in time) a microstate. In Boltzmann’s description, a favored physical process (e.g., coffee and creamer mixing) happens because it increases the number of microstates, which in turn increases the entropy.

Light Comes in Chunks … and Waves

As far back as the ancient Greeks, the nature of light had been debated. Finally, with the work of James Clerk Maxwell (1831–1879) in 1864, electricity and magnetism became unified, and light was accepted to be an electromagnetic wave. Light as a wave had successfully explained many physical phenomena, and no physicists wanted to tamper with such success, except for one.

In 1905, a 26-year-old Einstein proposed that light came in “chunks” – light quanta – which we now call photons. In fact, he concluded this by showing that the entropy of an ideal gas has the same form as the entropy of low intensity light. Unfortunately, the world of physics wasn’t ready, and it took almost twenty more years to be fully accepted. However, this “wave-particle duality” of light (and all other quantum particles: electrons, protons, neutrons, etc.) is only a bit of the “strangeness” embodied in quantum mechanics.

The Universe Is Inherently Probabilistic

Over a twelve-month period in 1926, at the age of thirty-eight, Erwin Schrödinger (1887–1961) wrote six major papers that would lay the foundation of quantum mechanics and introduce us all to his famous wave equation. The physical consequences contained in his wave equation would cause a great upheaval in physics leading to, among other things, Einstein’s denouncement of quantum mechanics, and to even Schrödinger having some regrets of his own.

Several physicists weighed in, but it was Max Born (1882–1970) that provided the physical interpretation: the laws of quantum mechanics are inherently probabilistic, and therefore, so is the universe itself. Wait, what?

Consider the simplest atom: hydrogen with its one electron and one proton. Most of us learned that the electron orbits the proton, much like the earth orbits the sun. A very physically pleasing picture indeed, but quantum mechanics disagrees. As a quantum particle, at any instant in time, neither the orbit or the physical properties of the electron are well-defined. Instead, things are bit more “fuzzy.” All that can be said for sure is that the electron moves between quantum states according to the probability determined by Schrödinger’s wave equation.

Science is filled with many more exciting stories like these and, when broken down, is anything but boring. For now, take time to ponder these wonders of the universe, and hopefully, they will inspire you to inquire even more.

Dr. Scott Bembenek is a principal scientist in the Computer-Aided Drug Discovery group at Johnson & Johnson Pharmaceutical Research & Development in San Diego. He is also the author of The Cosmic Machine: The Science That Runs Our Universe and the Story Behind It. To learn more about Dr. Bembenek and his work, visit http://scottbembenek.com and connect with him on Twitter.