That Word You Heard: Vinculum 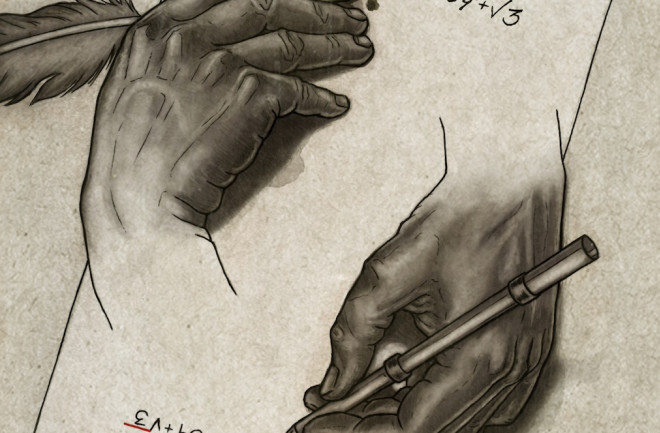 What’s a mathematician’s favorite bar?  A vinculum, of course. This simple-yet-versatile line holds numbers apart in fractions, sits atop decimal places when they repeat forever and shows which terms are about to be square-rooted.

Centuries ago, vincula also did the work that parentheses do today, denoting which terms in an equation should be solved first. But this use fell out of favor as the printing press gained popularity, since parentheses were much easier for typesetters to place than overlines.

Today, medical students might also know the word, though they likely learned it from a non-math class: A vinculum is also a band of tissue, similar to a ligament, that connects a tendon to a bone. Whether connecting numbers or body parts, it’s no surprise the word originated as Latin for bond.