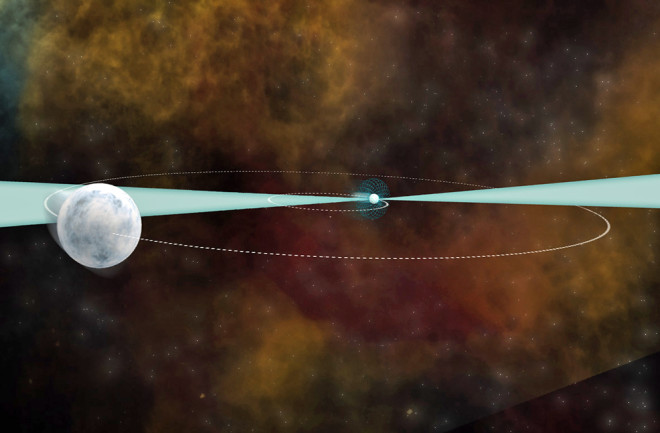 While your own weight may fluctuate, the fundamental constant of gravity, which keeps your feet on the ground and the Earth going around the sun, is the same everywhere at all times. Or so Einstein’s theory of gravitation claims, at least. Alternative theories have speculated that this constant might in fact vary as the universe expands, or near objects of drastically different densities, fundamentally changing our understanding of how the cosmos operates.

Astronomers tested for changes in the gravitational constant using 21 years of data from a pulsar (the ultradense remnant core of a dead star that spins like a crazed lighthouse, sending astronomers bursts of light a thousand times per second). PSR J1713+0747, as it is known, has a tiny white dwarf companion star, and the two orbit each other exceptionally predictably. By accounting for every factor that perturbed their dance over 21 years, astronomers ruled out any change in the underlying gravitational constant.

Astronomers have used laser ranging studies, bouncing light beams between Earth and the moon, to prove gravity’s constancy locally for decades. And if gravity is changing, a dramatic and faraway pulsar system should show the effects most clearly. Combined with the local lunar data, the new research, published in August, is the best proof yet that gravity is truly constant no matter where in the universe scientists look.