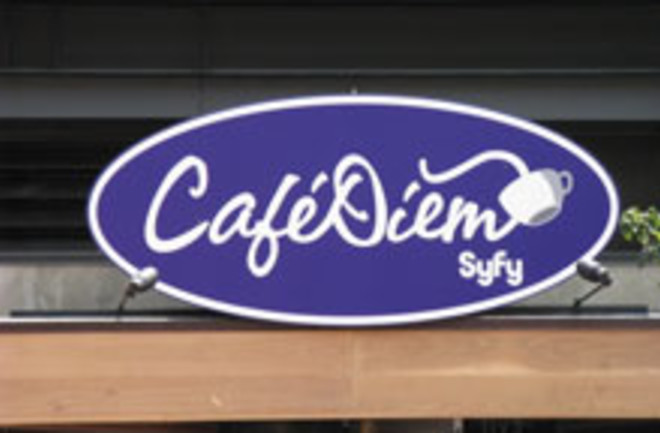 The geniuses of Eureka are inspired by a pretty good source: the geniuses of Cambridge, Mass. Before his TV writing career took off, Jaime Paglia, co-creator of SyFy's number-one-rated show, had a part-time gig as a program director of a science and technology public radio show called Cambridge Forum. "It was this rare opportunity to be in Cambridge, Massachusetts where literally you have some of the greatest minds in science and technology," Paglia told me in an interview recently. "Tim Berners-Lee, who literally invented the Internet, and Rodney Brooks, head of MIT robotics lab, the guy who made Sojourner, and who invented the Roomba in his spare time. Those guys, they see the world differently. There's a unique way their brains work that allows them to be as creative as they are." These Cambridge geniuses eventually found their way into the show, if not as Nathan Stark or Douglas Fargo (Did you know he had a first name? I had to look it up), then at least as Walter Perkins or Carl Carlson. And Paglia also has another inspiration for scientific heroes: Dr. Donald Paglia, UCLA medical professor emeritus and Jaime's dad. The elder Paglia was very nearly the medical officer inside Biosphere 2, but decided he'd rather stick around and watch his son grow up some. Instead, Dr. Paglia served as the medical officer on the outside, and he even brought his family down to watch it get sealed for its two-year mission of self-sustainability. The idea of Biosphere 2 led directly to an episode of Eureka ("What About Bob?") featuring a missing person inside a Biosphere-like place. So, sometimes the science leads directly to a show, but Paglia says that story and science have about equal weight in driving the arc of a given episode. Paglia and his team spend a lot of time with science magazines, blogs, and Web sites, and they track all their science and sci-fi ideas on the most important of all scientific tools: a white board. "In Season One, we put all of our characters on one board, with episodes across the top, and for each one we wrote what we want to have happen to these characters," Paglia said. "Meanwhile, we had a separate board with all the sci-fi ideas. We made a concerted effort, without being too on the nose, to tie what’s happening with the science to what’s happening to the characters." The heroes of Eureka strike a stark contrast with the scientific heroes on other shows, most especially those on Big Bang Theory. In that show, the scientists are depicted as so nerdy and unable to cope socially that one of the leads is assumed to have Asperger's Syndrome by advocacy groups. Eureka's main character may be everyman Sheriff Jack Carter, but the scientific heroes are both brilliant and reasonably well adjusted to social norms. For Paglia, that was a deliberate choice. "It’s an attractive quality to be smart, and inventive," Paglia said. "It’s not about biceps and perfect teeth. We wanted to turn things upside down in this town." But he still enjoys the contrast between the jock Carter and Eureka's smarty-pants. "Carter is very smart in a street-smart way; he has the ability to see the forest for the trees" he said. "While the scientists are so caught up in what they're doing, they can't see that, which was definitely a quality of some of the guys I was interviewing for Cambridge Forum. You could see [yourself saying], 'I'll bet you never know where your car keys are, you can’t be bothered by that, because you’re too busy creating new math.'"