Sweet gorilla of Manila! Futurama is really coming back!

It's rumor no more: FUTURAMA IS COMING BACK!!!!! 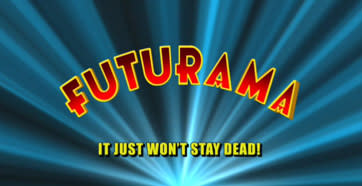 Oh man, oh baby, oh man oh man! I am so happy about this! Futurama is one of the greatest television shows ever, and if you disagree, you're wrong. Written by math and science dorks, it lampoons science fiction at the same time it betrays its love for it. The Star Trek episode with Melllvar is hands-down one of the funniest things ever written, and if the one with Fry's dog doesn't choke you up you're not human (not that there's anything wrong with being from Omicron Persei 8). Yay! So now it's just the long, long wait until mid-2010 for the new episodes to be released. But you will wait. YOU WILL WAIT. 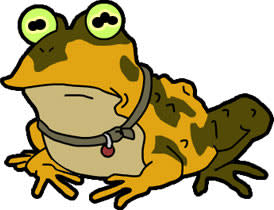 ALL HAIL HYPNOTOAD! Tip o' the cranium to BABloggee Svip.