The source of SETI's most famous signal has never been spotted — until now. 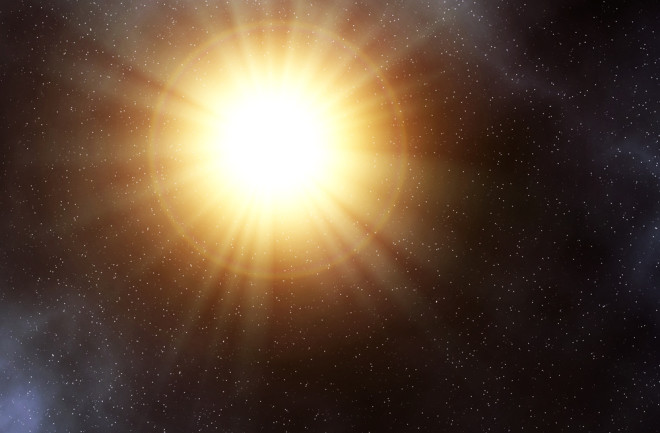 When the Big Ear Radio Telescope in Delaware, Ohio, was disassembled in 1998 having operated for over 30 years, it was replaced by a golf course. Big Ear was never the world’s biggest radio telescope, nor its most sensitive. But Big Ear nevertheless made one of the most famous observations in the history of astronomy, one that till this day has never been explained.

Throughout the 1970s, Big Ear searched for signals from extraterrestrial civilizations. And on Aug. 15, 1977, it found one — a strong, intermittent signal lasting for 72 seconds, that stood out from the background noise like a searchlight.

The team quickly ruled out a terrestrial origin or a broadcast from a satellite. Nevertheless, the signal was so powerful and unusual that Jerry Ehman, the astronomer who analyzed the data print out, annotated the signal with the word “Wow!”.

The director of the observatory, John Kraus, later gave a detailed account of the observation: “The WoW” signal is highly suggestive of extraterrestrial intelligent origin, but little more can be said until it returns for further study,” he wrote, in a letter to the astronomer Carl Sagan.

The Big Ear team continued to observe the same part of the sky, as have others, but the Wow! signal never returned. Nor has anything like it been observed in any other part of the sky.

Kraus and others have even searched for stars that could be the source of the signal: “We checked star catalogs for any sun-like stars in the area and found none,” wrote Kraus. To this day, the Wow! signal remains unexplained and unrepeated.

Which is why the discovery this week of a potential source is significant news. The finding is the result of some clever sleuthing by an amateur astronomer and the creation of a fabulous new 3D map of the galaxy.

First, some background. Back in 2013, the European Space Agency launched the Gaia space observatory to map the night sky — to determine the position, the distance, and the motion of stars with unprecedented accuracy. So far, Gaia has mapped some 1.3 billion stars, allowing astronomers to begin creating the most detailed 3D map ever made of our galaxy. The mission is expected to continue until 2024.

Gaia’s new star map has significantly improved our understanding of the galaxy and the stars within it and this gave amateur astronomer Alberto Caballero an idea. The Gaia database is now significantly more detailed than the star catalog that John Kraus studied in the 1970s. Perhaps the new database might reveal the source of the Wow! signal, he reasoned.

So Caballero repeated the search, looking for Sun-like stars among the thousands that have been identified by Gaia in this region of the sky. By Sun-like, he means stars that share the same temperature, radius and luminosity .

The search returned just one candidate. “The only potential Sun-like star in all the WOW! Signal region appears to be 2MASS 19281982-2640123,” says Caballero. This star sits in the constellation of Sagittarius at a distance of 1800 light-years. It is an identical twin to our Sun, with the same temperature, radius, and luminosity.

Of course, Caballero’s work does not mean that 2MASS 19281982-2640123 must have been the source. He points out that there are many stars in that region of the sky that are too dim to be included in the catalog. One of these could be the source.

And there are some 66 other stars in the catalog that Caballero identified as potential candidates but with less strong evidence. These match the Sun’s temperature but data about their luminosity and radius is currently incomplete. So future data releases from Gaia and other mapping projects might yet reveal them as matches.

But for the moment, 2MASS 19281982-2640123 is our best bet and a good candidate for future study. Caballero says an obvious goal would be to look for signs of exoplanets orbiting this star. It could also be prioritized for study in the radio part of the spectrum.

In the meantime, astronomers might amuse themselves by finding a friendlier name for 2MASS 19281982-2640123. Perhaps during a round of golf on the course that now sits on the site of the Big Ear radio observatory.

Ref: An Approximation to Determine the Source of the WOW! Signal: arxiv.org/abs/2011.06090