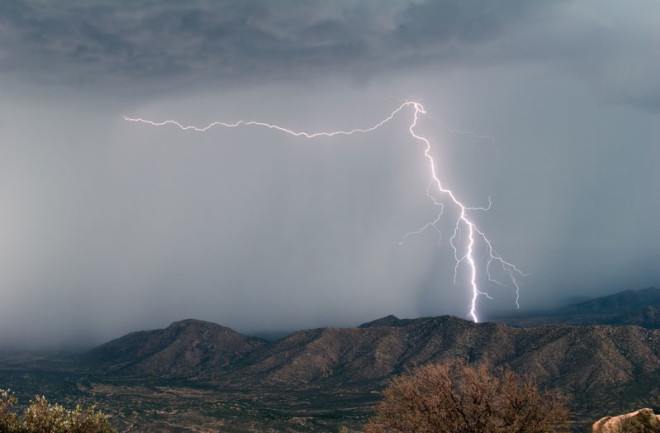 (Credit: Shutterstock) In the skies above Japan, scientists have detected lightning triggering nuclear reactions. These new findings are clear evidence that thunderstorms are a natural source of radioactive isotopes on Earth. Thunderstorms are natural particle accelerators, capable of hurling electrons outward at nearly the speed of light. When these electrons strike atoms, they can generate gamma rays, the highest-energy form of light. Previous research suggested that gamma rays from lightning can have a variety of extraordinary effects, such as creating matter and antimatter. As Einstein's famous equation (E=mc²) proved, mass can get converted into energy and vice versa. Prior work found that gamma rays from lightning can generate pairs of electrons and their positively charged antimatter counterparts, known as positrons. If any of these positrons smack into electrons, they will mutually annihilate each other, emitting gamma rays. Scientists had also conjectured that gamma rays from lightning could trigger "photonuclear" reactions that can break atoms apart. For example, stable nitrogen-14 atoms could in theory absorb gamma rays and spit out neutrons to become unstable nitrogen-13 atoms, which could in turn give off positrons and neutrinos and radioactively decaying to become more stable carbon-13 atoms. Now researchers in Japan say they have the first proof that gamma rays from lightning can trigger such nuclear reactions. "We provided clear and conclusive evidence for both neutrons and positrons from a single event that can be only explained by photonuclear reactions from lightning," said study lead author Teruaki Enoto, a high-energy astrophysicist at Kyoto University. The scientists detailed their findings in the Nov. 23 issue of the journal Nature. The scientists analyzed data from radiation detectors located at the Kashiwazaki-Kariwa nuclear power station in Niigata. They hunted for gamma rays from powerful winter thunderstorms along the coast of the Sea of Japan. During a storm on Feb. 6, the researchers detected an intense gamma-ray flash less than a millisecond in duration immediately after lightning. Next, this flash was quickly followed by a gamma-ray afterglow lasting several dozen milliseconds. Later, about 35 seconds after this afterglow, the scientists detected a roughly minute-long interval of gamma-ray emission. The wavelengths of the gamma rays from the milliseconds-long afterglow were what one would expect from atomic nuclei that captured neutrons. In addition, the gamma rays in the minute-long interval after the afterglow had the exact amounts of energy one would see from annihilated positrons. If the lightning had directly generated pairs of electrons and positrons, one would expect to detect gamma rays from annihilated positrons immediately after the lightning, not 35 seconds afterward, Enoto said. Instead, the annihilated positrons the researchers saw likely came from lightning-triggered nuclear reactions. These findings suggest that lightning can generate radioactive isotopes of carbon, nitrogen and oxygen in Earth's atmosphere. "It would be interesting to know what fraction of isotopes in the atmosphere are generated by lighting discharges," Enoto said.