Some prolific serial killers almost certainly die before they can be caught. Now a new statistical analysis reveals just how many evade justice in this way. 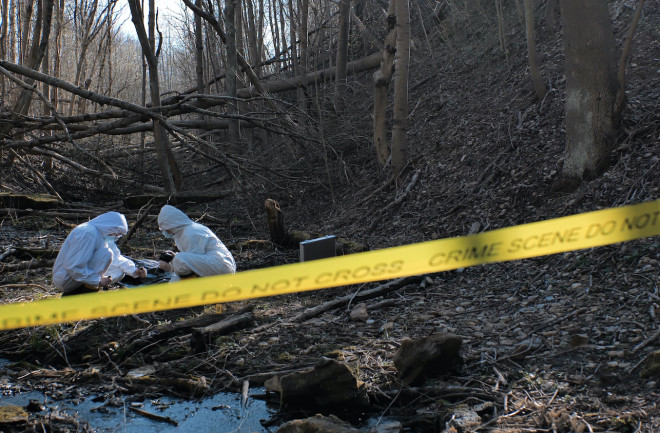 The most prolific modern serial killer, according to Wikipedia, is probably Harold Shipman, a British doctor who probably killed as many as 250 people.

Shipman’s crimes went unnoticed because his victims were mostly elderly and whose deaths were unlikely to raise suspicions. However, researchers have since pointed out that Shipman’s murderous tendencies stick out like a sore thumb if they are viewed through the lens of statistics. Too many of his patients died unexpectedly and this statistical signature could have raised the alarm earlier.

Clearly, statistics can play a valuable role in characterizing the behavior of serial killers. Now Mikhail Simkin and Vwani Roychowdhury at the University of California, Los Angeles, say their analysis of data on serial killers reveals how many go uncaught and how many victims these killers must have bagged.

Their analysis begins with the observation that for some serial killers, the time between murders can stretch to decades. So it is reasonable to think that some killers will die during this interval before they can be caught.

With this in mind, Simkin and Roychowdhury construct a simple mathematical model that simulates the behavior of these killers. The important parameters in this model are, first, the probability that a killer can commit a murder without being caught and, second, the likelihood of death before he or she commits another murder.

Of course, not all serial killers are equally capable. So the probability of being caught is likely to change from one killer to another. Simkin and Roychowdhury account for this by using a probability distribution.

To calculate the likelihood of death, they use US life tables from 1950 (they are interested in the number uncaught killers in the 20th century).

Finally, the researchers use these probabilities to model the behavior of 1 million killers using a Monte Carlo simulation.

The simulation begins by choosing at random the age of the first killer when he or she strikes first (from a distribution of the actual ages of serial killers when they committed their first crimes).

This killer then commits their first murder and the simulation decides whether or not he or she is caught using the probability distribution described above. The simulation then calculates when the killer will strike next, based on a random choice of interval taken from a distribution of murders by real serial killers.

It next uses the life table to decide whether the killer will still be alive at this time. If not, the killer dies and remains uncaught. If still alive, the simulation repeats the calculations for a second murder. It then starts on the next killer and so on until it has simulated the behavior of a million of them.

The results make for interesting reading. Out of these million killers, 659,684 were caught after the first murder. But 539 died without being caught. Of the rest, 337,729 went on to commit two or more murders and of these 2048 went uncaught.

That ratio can then be used to calculate the number that went uncaught in real life. They point out that there were 1172 serial killers who were caught in the US during the 20th century which suggests a specific number evaded the law. “The result is that in 20th century there were about seven of such killers,” they say.

They go on to calculate how many victims these seven killers must have had using the distribution of victim numbers of real killers. These numbers for uncaught killers are sobering. “The most prolific of them likely committed over sixty murders,” say Simkin and Roychowdhury.

The researchers point out that their simulation has one obvious weakness. This is that some serial killers would likely be prevented from killing by poor end-of-life health rather than death. So active life span would be a better measure than total life span. “So the fraction of the uncaught killers would be only bigger,” they say.

That’s interesting work that once again highlights the potential of statistics in the fight against crime. Nevertheless, this will be little comfort to the families of the victims whose murders remain unsolved.

Ref: Estimating The Number Of Serial Killers That Were Never Caught : arxiv.org/abs/2109.11051