Researchers are making big strides with machines that pull moisture from the air and convert it into drinking water. 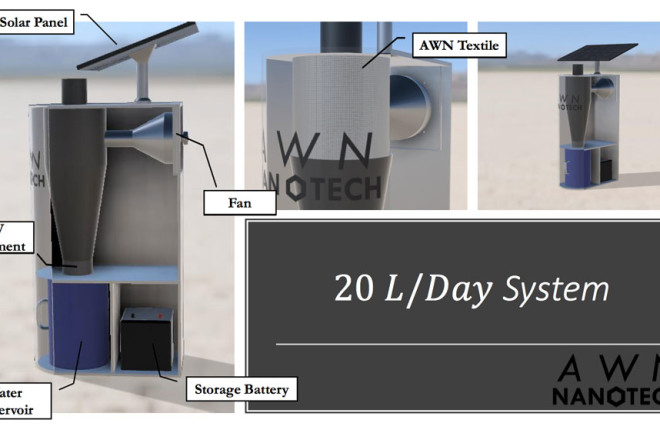 The World Water Council estimates over a billion people don’t have clean, safe water. Technology’s answer: Let’s harvest it from the air. Expect to hear more about solutions like these 2018 inventions.

MIT researchers unveiled a mesh that uses electric fields to attract and condense water in fog.

The researchers say it will capture 150 million gallons of clean water per year from the discharge of industrial cooling towers, like the ones on rooftops that expel heat from air conditioning.

A pilot test on a cooling tower at MIT is under construction and should be operational in 2019.

A team from the University of California, Berkeley, invented a harvester that uses a highly porous metallic powder to collect water at night.

During experiments in the Arizona desert, each kilogram (about 2 pounds) of powder reportedly produced nearly half a cup of water every 24 hours.

The team has already scaled up the technology and adapted it to cheap and readily available materials. Next up: commercialization.

The company, Awn Nanotech, claims its device can harvest up to 100 liters per day.

The mesh hit the market this fall, so a water harvester can be yours for just $1,000 a pop.

An international team of engineers collaborated on a device that uses solar power not to harvest water, but to purify and desalinate it.

Its design is simple: The sun heats graphene — a sheet of carbon atoms — which creates steam from salt water that then can be harvested as clean water.