A Fields Medal Winner Talks About the Need to Collaborate 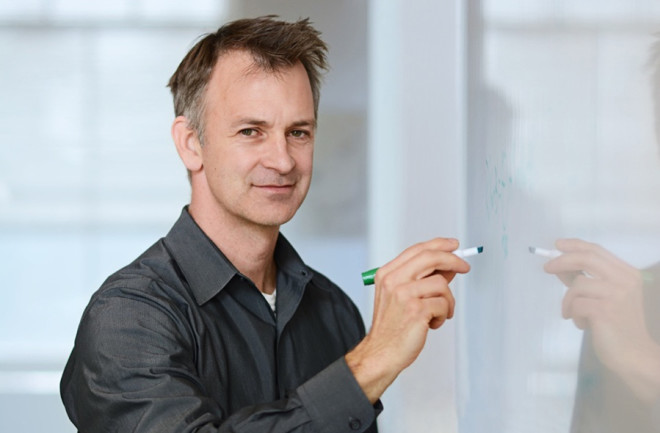 The biggest math heist in years happened the morning of Aug. 1 in a Rio de Janeiro auditorium packed with witnesses — none of whom saw it happen.

The math world’s largest conference, the International Congress of Mathematicians, occurs every four years, and during the meeting, two to four researchers under age 40 receive the Fields Medal. It’s a big deal, like math’s Nobel Prize, only with less money.

One of this year’s four winners, Cambridge University’s Caucher Birkar, was recognized for his pioneering work in an abstract subfield called algebraic geometry. But less than half an hour after receiving the solid gold medal, he discovered it was missing, along with his briefcase, wallet and cell phone. Birkar soon received a replacement medal, making him the first mathematician to receive two Fields Medals in the same year.

Christopher Hacon was in the room where it happened. A few years ago, the University of Utah mathematician and Birkar co-authored one of the most important papers in the field of algebraic geometry, cited in Birkar’s award. It spoke to how they could classify complicated polynomial equations — the kind with multiple terms with a range of variables and exponents, such as x2+ y2 + z2 = 1.

As one of two recipients of 2018’s Breakthrough Prize in Mathematics, Hacon also had an award-winning year. Discover talked with him about the year in math, what it’s like to win big and the future of “the queen of the sciences.”

Q: What does a breakthrough in mathematics look like? A: In my experience, breakthroughs typically happen in two phases. First, there’s an important and interesting problem that’s been out there for a while that you’re aware of. You know the background to that problem, read papers, know about other people’s research, know what difficulties everybody has come up against and where people have become stuck. Then, if you’re really, really lucky, you develop a new tool, a new trick, a new approach to attack the problem in question. Often the trick itself is relatively simple.

Q: Algebraic geometry sounds like a mashup of two math subjects. How do they come together?

A: That’s the study of geometric objects defined by solutions to polynomial equations. We consider objects defined by many equations in many variables, of arbitrarily high degree, and we try to classify them, which means we try to understand their general features and catalog them in some reasonable way.

Q: I almost hate to ask, but how will it be useful?

A: Algebraic geometry is one of the more abstract fields of mathematics, so direct applications are hard to find. It does have some applications to things like string theory, differential geometry and other related subjects. String theory, even though it’s physics, has no connection yet to experimental science. So it’s still basically math.

Q: Mathematicians are often depicted working alone, but aren’t we seeing a rise in collaborations?

A: I do believe that’s true, and definitely seems to have happened in the last 20 years. Small collaborations — typically two to three people, four people — are definitely becoming more and more commonplace. I think it’s a good thing. It makes research more pleasant, and progress seems to be quicker.

Q: So no more toiling away in solitude?  A: Well, the toiling on your own, even when you work in a group, there’s definitely a lot of that. You exchange an email, and then you go back to your office to think about it for a day or two, before you exchange emails, maybe even a week or two. A lot of [math] is done in the privacy of your office, with pencil and paper, struggling on your own. But even just this occasional feedback is useful and productive and avoids stagnating for months on one issue.

Q: What big questions are you tackling now?  A: One problem that we still don’t know the answer [to] in string theory is this idea that there’s an extra six dimensions to the universe which have a special shape known as a Calabi-Yau manifold. These extra six dimensions are so smooth that you’re not supposed to be able to perceive them, even with the most sophisticated experiment. They’re higher-dimension analogs of a doughnut. But they could potentially have infinite shapes.