'Speed Bumps' From Auroras Can Slow Down Satellites 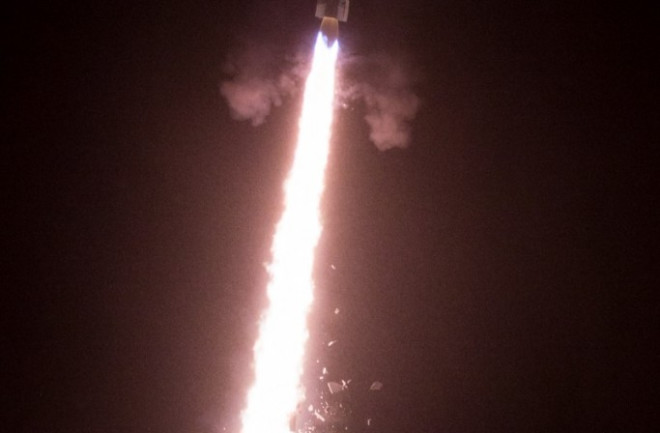 The rocket experiment to study the auroras lifted off from Norway in 2015. (Credit: NASA) Since the birth of the satellite age, scientists noticed that some spacecraft tend to slow down when the sun’s activity is highest, causing them to fall closer to Earth. If the spacecraft don’t carry enough fuel to boost them back to their intended orbits, they can eventually fall back down to Earth. Researchers quickly connected the slow-downs to the northern and southern lights, or auroras. These drifting patterns of colorful light are caused by charged solar particles striking Earth’s atmosphere at high speeds. Usually a visual feast, scientists have suspected for a while now that they can also loft pockets of air high enough for satellites to pass through. Used to skimming through the near-nothing of space, the satellites encounter drag within the air pockets, which slows them and pulls them closer to Earth. The Rocket Experiment for Neutral Upwelling 2 (RENU2) launched on a sounding mission to explore the northern lights in 2015. And in a new study, researchers report on the surprising structure the mission found in the high-altitude aurora it studied, which can act like speed bumps for unsuspecting satellites.

Specifically, RENU2 was studying Poleward Moving Auroral Forms, or PMAF. These are fainter than the normal aurora visible as dancing clouds on dark nights at high latitudes. They form higher in the atmosphere and are less energetic. The realm of PMAF is from 150 to 250 miles above ground, while the usual aurora dance at only 60 miles in the air. RENU2 dove directly into the high-altitude aurora to see how it affected the upwelling air pockets. Researchers led by Marc Lessard from the University of New Hampshire published their results in Geophysical Research Letters March 26. They found that while the PMAF may be weaker than traditional aurora, multiple sweeps of its energy were enough to heat air pockets, which then drifted high into the atmosphere, like bubbles rising in a lava lamp. It also found that the PMAF and the upwelling it caused wasn’t a single splotch, but rather a collection of narrow wisps that together can affect areas larger than ten miles across. These features also ebb and flow, changing their structure within tens of minutes. While the results don’t tell satellite engineers how to save their satellites, more information can only help them to keep their spacecraft flying.