Spacecraft Prove Their Value Past Their Prime

Sometimes spacecraft go above and beyond their primary duties. 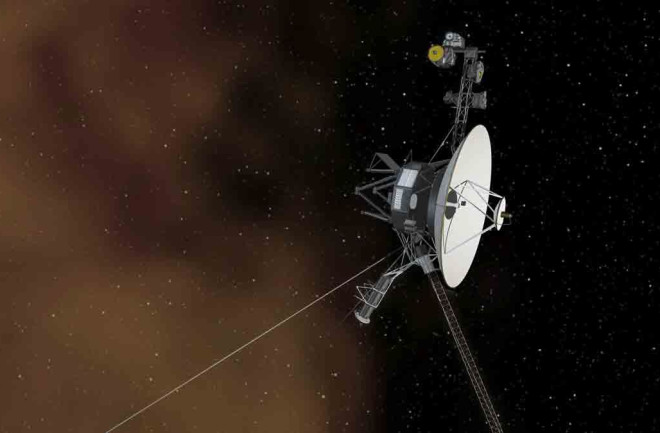 When spacecraft fail, they often fail dramatically. But “if the mission survives entry and landing or insertion into orbit, the spacecraft typically lasts two to three times longer than planned,” says Richard Zurek, chief scientist for NASA’s Mars Program Office. Here are some examples of craft that have lived to enjoy missions well beyond their original assignments.

Launched in 1977, these spacecraft were originally tasked with flybys of Jupiter and Saturn to snap photos and gather data on temperature and atmosphere composition.

Bonus science: After also taking a good look at Neptune and Uranus, one of them is off to explore interstellar space. Voyager 1 left the solar system in 2012, and Voyager 2 will join it within the next few years.

Why it’s still on the job: NASA can update the software from here on Earth.

Achilles’ heel: The nuclear batteries that they run on will eventually deplete — probably within the next 10 years.

The pair of rovers landed on opposite sides of Mars in 2004, carrying identical payloads of instruments, including panoramic cameras and spectrometers for examining soil. Their original assignment, to explore local rocks for signs of past water, was meant to last just three months. Although Spirit is now out of commission, Opportunity is still going strong.

Bonus science: Spirit was able to trek to a nearby group of hills to collect extra data. Opportunity is currently exploring clay-bearing rocks in Mars’ Marathon Valley for evidence of minerals that formed in water.

Why it’s still on the job: Martian winds clean dust from the rover’s solar panels.

Achilles’ heel: Though the rovers were designed to handle the Martian sand, Spirit shut down in 2011. Its wheels outlived their designed life span, and some of them stopped working. This caused Spirit to get stuck in the sand in 2009. No longer mobile, it couldn’t turn its panels toward the sun to recharge and was unprotected against winter temperatures of minus 67 degrees Fahrenheit. NASA heard Spirit’s last few beeps in 2010, and in 2011 was unable to make contact with it again.

This satellite left Earth in 2005. With its higher-than-a-bird’s-eye view of the Red Planet’s surface, it found the strongest evidence yet that salty water currently flows on Mars.

Bonus science: The orbiter is now scouting perfect landing spots for future spacecraft — including, potentially, some with human passengers in the 2030s.

Why it’s still on the job: It’s equipped with enough fuel to operate through 2030.

Achilles’ heel: Moving components — like the metal rings that pivot the solar arrays — are likely to break first.

When this satellite launched into Earth’s orbit in 2009, NASA equipped it with a four-channel camera and tasked it with scanning the whole sky to take pictures of faraway galaxies and stars.

Bonus science: Now repurposed as NEOWISE, the craft looks for “near-Earth objects” — like asteroids that could collide with Earth.

Why it’s still on the job: The craft is well insulated from both the sun’s and Earth’s heat, so the two camera channels that are still in commission stay cool enough to keep operating.

Achilles’ heel: The satellite’s orbit will eventually shift, and scattered sunlight and earthshine will flood the barrel of the telescope, obscuring its view of the heavens.

[This article originally appeared in print as "Mission: Extendable"]