Space Station Instrument Will Be the Coldest Thing in the Universe 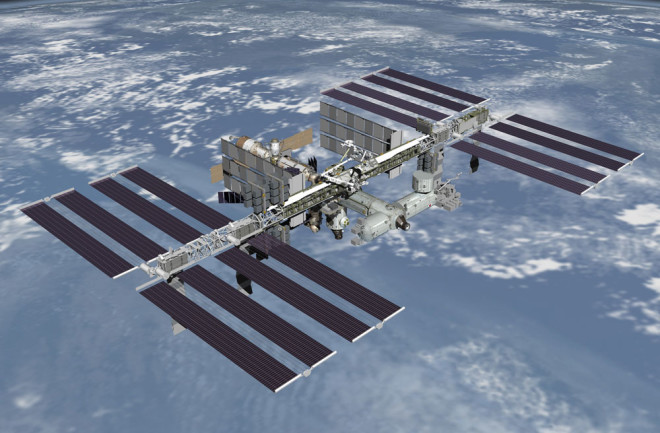 The International Space Station is set to become the coldest place in the known universe. Credit: NASA When temperatures fall to record lows, some hardy folks like to boast that they went about their daily tasks unfazed by the wind chill warnings. Well, if sub-zero bragging rights are at stake, the International Space Station will soon have the entire universe beat. In 2016, a new instrument due to be added to the ISS — NASA's Cold Atom Laboratory — will become the coldest location in the known universe. The instrument is capable of achieving a temperature of 100 Pico-kelvin, or one ten-billionth of a degree above absolute zero. For perspective, the average temperature of space is a balmy 2.7 Kelvin, or -454.81 degrees Fahrenheit. At these extremely low temperatures, ordinary concepts of solid, liquid and gas are irrelevant. Matter can be in two places at once, objects behave simultaneously as particles and waves, and nothing is certain.

Diagram of the Cold Atom Lab. Credit: NASA/JPL/Cal-Tech The Cold Atom Lab has one big advantage over Earth: microgravity. Earthbound cooling chambers need to use a lot of energy and powerful magnets to counteract the forces of Earth's gravity in order to hold a molecule in place for observation. As a result, they can only observe molecular behavior for a second at a time and cannot achieve 100 pico-Kelvin temperatures. Without gravity, and with the aid of magnetic traps, scientists on the ISS can observe molecular behavior for up to 20 seconds at a clip, and drop the temperature closer to absolute zero. Scientists on the ISS plan to mix two Bose-Einstein condensates together, and no one is really sure what will happen in a hyper-cold, microgravity environment. If scientists can drop the temperature low enough in the Cold Atom Lab, they’ll be able to assemble atomic wave packets as wide as a human hair — large enough for the human eye to see.

A deeper understanding of Bose-Einstein condensates could lead to important technological innovation. Studying this unique state of matter has already yielded new laser and optical physics, such as an atom laser, which promise to improve electronic chip and circuit construction. And maybe, just maybe, in its spare time the super-cooled chamber can turn its research efforts toward developing an even more futuristic "ice cream of the future." Astronauts, we're counting on you. https://www.youtube.com/watch?v=J9_LmSTtpkI&feature=youtu.be