Space Sculptures, the Next Frontier in Art 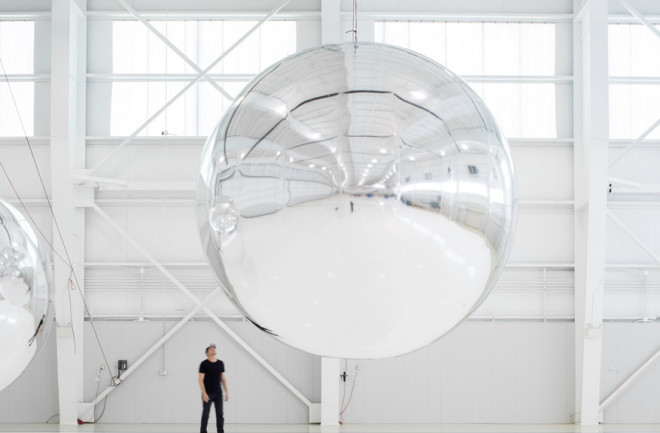 Next time you wish upon a star, you may actually be wishing upon a giant piece of orbital artwork.

Contemporary artist Trevor Paglen wondered what it would be like to launch his work into space, and with the help of Spaceflight Industries, a satellite and spaceflight services program, he is doing just that.

His sculpture, which has been named the Orbital Reflector, is essentially an inflatable satellite. Unlike the thousands of other satellites currently inhabiting the night sky, this one is orbiting solely for the sake of art, making it the very first of its kind.

The structure, a diamond-shaped balloon, is over 100 feet long, and its mirror-like surface will serve as the ultimate suncatcher. Paglen says the Orbital Reflector will match the brightness of the big dipper, making it visible around the world–even in big cities. It is scheduled to launch in early 2018.

Sending a sculpture into space is no small task. This project is the culmination of a decade’s worth of artistic and scientific collaboration. When the idea was conceived, Paglen teamed up with the Nevada Museum of Art, where his prototype is currently on display. After securing the necessary support, Paglen partnered with Zia Oboodiyat, an expert in spaceflight and satellite construction, in order to make the final design.

To ensure that the satellite could be seen from Earth, Oboodiyat and Paglen had to calculate the perfect distance—sending it out too far would jeopardize visibility, but keeping it too close put it at risk of being pulled back into the atmosphere by Earth’s gravity. The sculpture will be positioned at a distance that allows it to orbit for two full months, should its deployment prove successful.

Paglen’s piece will be traveling as the secondary payload aboard the SpaceX Falcon 9 rocket. The balloon will travel in a small, rectangular box until it reaches its target, where it will inflate to provide a spectacle that is literally out of this world.

Though this display has an expiration date, Paglen is working to ensure that everyone can take full advantage while it lasts. During orbit, the popular stargazing application, Star Walk 2, will provide users with a real-time tracker, which will ping them when the satellite is most visible in their respective areas, up to twice a day. Meanwhile, a host of viewing and stargazing parties are being planned at museums and galleries around the country.