Astronauts and cosmonauts aren’t at any elevated risk from radiation damage — at least so far. 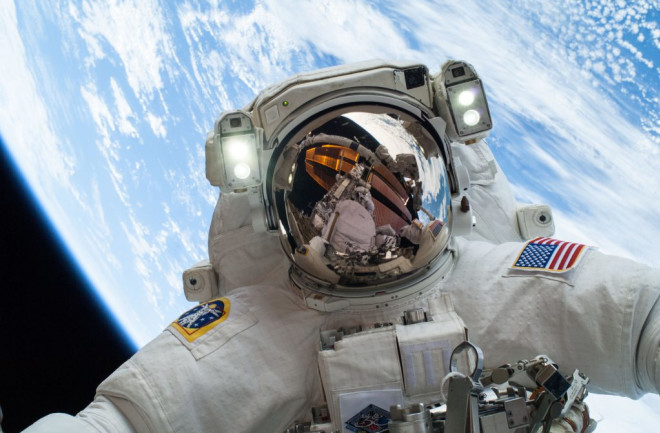 As NASA and other agencies look forward to placing humans on the Moon, Mars, and other destinations far beyond Earth’s sheltering atmosphere and magnetic fields, their worries about the harmful radiation that permeates space will only grow.

Many aspects of how the human body will react to long periods in space remain unknown. But using the small group of people who have already been there as subjects, researchers are beginning to get some answers.

Robert Reynolds of Mortality Research & Consulting, Inc., in California, led a research project published Thursday in Scientific Reports. In it, he and his colleagues used statistical methods to verify that out of the more than 400 astronauts and cosmonauts who had been to space, they could find no linkage between causes of death and damage from radiation. It’s not a reason for future space farers to breathe easy quite yet — after all, they could be in space much longer — but it does offer some reassurance about the levels of radiation human space adventurers have experienced so far.

The researchers looked at data on 301 astronauts and 117 cosmonauts who had traveled to space between roughly 1960 and 2018 (the data available differed slightly between agencies), looked at how many had died (89 in total) and broke them down by cause of death. This of course weights the sample toward the earlier generations of space farers, as most of the recent astronauts and cosmonauts are still very much alive.

Still, the largest category for cause of death for astronauts was “external,” including spacecraft, aircraft and automobile accidents. A full 38 percent of astronaut deaths could be chalked up to such mishaps, while for cosmonauts, the number was 17 percent.

While those numbers might seem high, it’s worth remembering that cancer and cardiovascular disease in general are common causes of death. What the researchers were looking for was whether they could statistically link the two groups – astronauts and cosmonauts – and the two causes of death – cancer and cardiovascular disease – to an underlying common cause, such as exposure to radiation.

They couldn’t. They found no trend in the deaths suggesting any common cause, meaning radiation didn’t play a major role in the health outcomes of the astronauts and cosmonauts they studied.

Of course, this doesn’t mean humans are in the clear.

“We would expect that at some level of dose there should be adverse health effects,” Reynolds said. “We keep getting the answer ‘no.’ This doesn’t mean radiation isn’t harmful or greater doses wouldn’t be. But so far the doses have been low enough that we don’t see anything.”

That’s probably because the vast majority of space farers so far have spent most or all of their time in Earth orbit, where Earth’s magnetic fields still protect them from the majority of harmful space radiation. Only those 24 astronauts who ventured to the Moon went beyond Earth’s radiation protection, and they stayed for just a few days.

Reynolds says that it’s difficult to draw meaningful results from that tiny sub-sample of people.

By contrast, a Mars mission might last multiple years, and would take place almost entirely beyond Earth’s shielding.

Other researchers are looking at alternative ways of testing the dangers of radiation exposure. But it’s possible that the next round of human space explorers will be guinea pigs, much like the first generation, and only time will tell how radiation has affected them.