Technology Review has temporarily made their archives openly available, and one of their recent features is this fascinating plot of the number of space launches over time. (Via FlowingData.) This is a cropped and shrunk version; see the original article for the full glory. 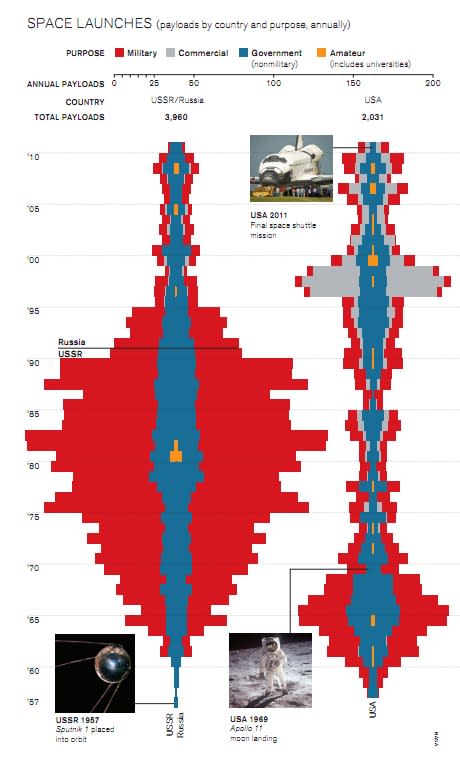 The authors offer an explanation for why the Soviet Union had so many more military launches in the 70's and 80's than the US did: their satellites tended not to last as long. I didn't find a reason for the uptick and subsequent downturn in US commercial launches in the late 90's. There's no danger that we're going to stop going into space altogether, but we don't go as often as we once did. We'll probably need a phase transition of some sort to change that situation dramatically. That could be sparked by private companies, or if China lands someone on the Moon. (Not equally good reasons to re-commit to space, but reasons nonetheless.)