So Texas Governor Rick Perry decided not to nominate the far-right ultra-religious Planter's sampler Cynthia Dunbar for head of the state Board of Education, but, as predicted, he has instead nominated another creationist: Gail Lowe.

She is yet another in a long series of ill-qualified religious ideologues on the Texas BoE: she wants to insert &quot;strengths and weaknesses&quot; into the curriculum (the weaknesses to which they refer don't really exist; they really mean false creationist attacks on evolution), she wants to make classes more political, she wants to remove other solid scientific reasoning from science classes.

I find it interesting indeed that you find none of this when you go to her website. Instead you find vague claims about her stances which give almost no real information. Of course, her record is pretty clear.

So the head of the BoE is once again someone with antiscience beliefs. I wonder if they'll appoint Jenny McCarthy as head of their Department of Health? 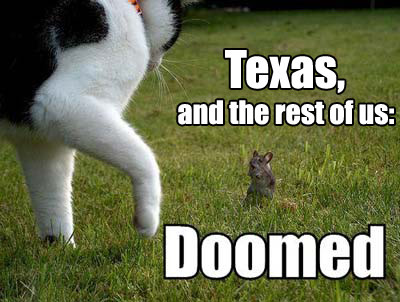