Swooping past Saturn's beautiful rings, the Cassini spacecraft starts to crack the code of the most complex structure in the solar system. 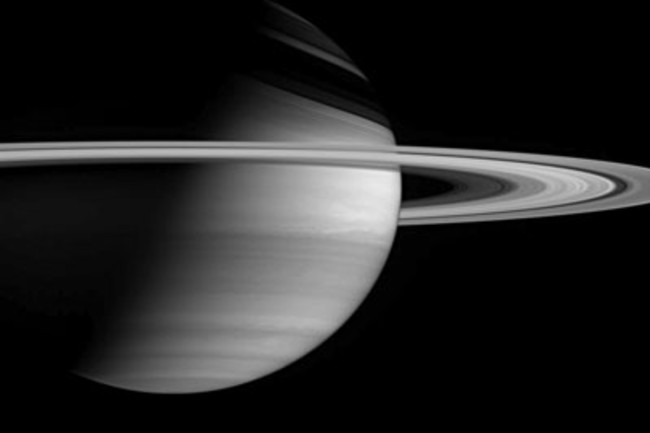 Although Saturn's rings look as orderly as clean strokes of paint, these whirls of snow, ice chunks, and dirt may constitute the most complex and mysterious structure in our solar system. Measuring 175,000 miles wide but as little as 30 feet thick, the rings contain debris of varying ages and composition, all revolving at different speeds. Some regions are so dense with grooves, clumps, and twists that scientists do not know how they hold together. The rings' genesis is also unknown; they may be the remains of a moon that was smashed to bits a couple of hundred million years ago.

As the $3 billion Cassini spacecraft orbits Saturn, it is broadcasting a stream of images and other data to Earth, some 850 million miles away, that show a ring architecture even more convoluted than expected. "We assumed that everything was simple," says Carolyn Porco, a ring expert and Cassini team leader at the CICLOPS Space Science Institute. "We are finding that simple explanations don't work."

Behemoth Saturn and a family of tiny moons create a welter of gravitational forces that both steer the ring particles into narrow channels and tug at them from countless angles. Cassini has spotted new details of that muddling influence in kinks along the edges of the rings and in the wildly twisted outermost band. Newfound moonlets only a few hundred feet wide contribute to the distortion, but other causes of the structural richness remain undetected. The rings seem to be riled by hidden agents of gravity, and perhaps by other forces as well.

If planetary scientists solve the mysteries of these tangled rings, they will gain clues to related systems trillions of times as large. The physical laws that shepherd particles in Saturn's rings also shape the flat structure of infant solar systems and of mature spiral galaxies, including our own grand pinwheel, the Milky Way.