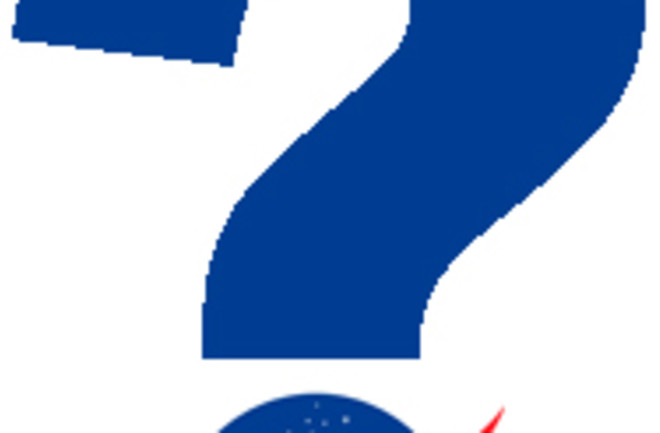 Well, here we go again. I don't generally like to talk about NASA press conferences before they happen because I don't want to promote baseless rumor-mongering. In this case, though, I feel I have to write something to prevent speculation! Here's the scoop: NASA released the news that a press conference will be held on Thursday at 14:00 ET, saying that the conference will "discuss an astrobiology finding that will impact the search for evidence of extraterrestrial life." That, of course, set everyone speculating. The very popular news site Kottke.org actually has a decent line of evidence on the topic of the conference, though a sensational headline of "Has NASA discovered extraterrestrial life?" Gawker has a post up about this as well, and social networks like reddit have a lot of people talking, too. Other examples abound. So what's the press conference about? I don't know, to be honest, beyond what's in the announcement. The scientists on the panel are interesting, including noted astrobiologists and geologists who work on solar system objects like Mars and Titan. So this is most likely going to be something about conditions on another moon or planet conducive for life. Of course, the speculation is that NASA will announce the discovery for life. Maybe. I can't rule that out, but it seems really unlikely; I don't think they would announce it in this way. It would've been under tighter wraps, or one thing. It's more likely they've found a new way life can exist and that evidence for these conditions exists on other worlds. But without more info, I won't speculate any farther than that.

As for the public reaction, well, we've seen this type of thing before. Just last June, JPL had a press release about a surprising lack of acetylene in Titan's atmosphere, with the title "What Is Consuming Hydrogen & Acetylene on Titan?" That sparked vast speculation, and even though the press release was clear enough it was misleadingly reported as NASA finding signs of life on Titan. It got so silly that I wound up writing a post about it, and a NASA scientist went so far as to write an article to clear up the rumors of life on Titan. I can't really blame NASA, the press outlets, or the public about this. When scientists have newsworthy findings that are published in a journal, there may be a press conference about them. But some journals have embargoes; they don't want the news released until the issue is published. Fair enough. So NASA schedules a press conference for the time the issue publishes, and sends out a notice to the press about it. I got just such an email for this one, for example. They have to say something in the email so the press can decide whether to cover it or not, and NASA doesn't want give too much away. So they give some minimal line about findings that'll have an impact on the search for life, and those of us who've dealt with it before know what that means. But the public is naturally more inclined to interpret that line as NASA having found life, or at least solid evidence of it. That's not surprising at all. But it can lead to "news letdown", where the reality is something less than the speculation. And that leads to news fatigue, which is worse. If people keep expecting really exciting news and don't get it, well, there you go. I don't want to blame anyone, but I do sometimes wish the press folks at NASA were more aware of what kind of cascade a line like that provokes (like the one from a few weeks ago which said it was about "an exceptional object in our cosmic neighborhood" but it turned out to be a supernova/black hole 50 million light years away). When announcements like these go public, it's bound to be disappointing when the actual news gets out and it's not a black hole right next door or actual life on Mars. And that's too bad, because the news is usually pretty interesting and scientifically exciting. As soon as I got this latest announcement, my first flood of thoughts literally were: "Sounds like cool news/I bet there will be tons of over-the-top speculation/I hope people aren't disappointed when the real news comes out/I wonder if I'll have to make a post a couple of days before to cool off rumors?" That last one wouldn't win me Randi's million bucks, unfortunately, even though you're reading the outcome of it. Anyway, I'm not sure what can be done about this type of thing, though. As I laid out above, the press needs to know in advance about news items, but how do you do it in such a way that it doesn't spark wild speculation? Note that NASA posts these announcements on their site, as they should. Maybe just a more careful wording would help. I'm open to suggestions. Seriously: if anyone has good ideas, I'm planning on sending a note to the press division at NASA about this. And as to this next conference on Thursday, stay tuned. I'll be on the phone listening in, as will my colleagues at other astronomy news sites. I'm sure there will be plenty of coverage of the actual story once we get the real information.