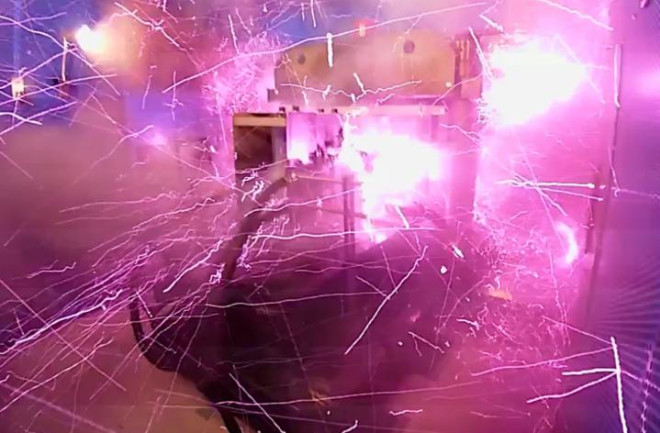 In a magnetic milestone to make Nikola Tesla proud, scientists have created the strongest controllable magnetic field ever produced.

Energy crackled and sparks flew back when physicists from the Institute for Solid State Physics at the University of Tokyo powered up their 400 million amp megagauss generator system. That’s hundreds of times the current of an average lightning bolt.

The device was created by University of Tokyo physicist Shojiro Takeyama and his team. And it generated a whopping 1,200 teslas – a unit of magnetic field strength – for around 100 microseconds. Surpassing that 1,000 tesla threshold is considered a significant achievement.

“With magnetic fields above 1,000 teslas, you open up some interesting possibilities,” Takeyama said in a press release last week. “You can observe the motion of electrons outside the material environments they are normally within. So we can study them in a whole new light and explore new kinds of electronic devices. This research could also be useful to those working on fusion power generation.”

The achievement marks one of the strongest artificial magnetic fields ever created. However, the top mark goes to a Russian team in 2001 who generated 2,800 teslas before their equipment blew up.

Their research appears this month in the journal Review of Scientific Instruments.