Small Explosions at Ubinas in Perú 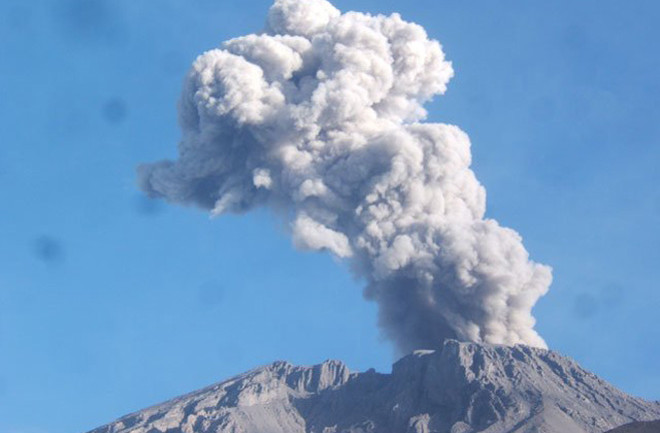 The small plume seen at Ubinas in Peru on September 2, 2013. Image: IGP. A small explosions occurred Sunday and Monday (September 1-2) Perú's Ubinas, continuning the trend of minor volcanic activity at the South American volcano near Arequipa. The Instituto Geofísico del Perú (IGP) has said that the explosions are merely phreatic in nature -- driven purely by steam explosions in the crater due to increased snowfall in the area -- and Dr. Orlando Macedo went as far as to say that the explosions are "not related to the rise of magma". Interestingly, earlier this summer a pilot reported a small plume from Ubinas, the first such report since 2010. Right now, government officials are calling for calm as the prevailing winds have been pushing any potential ash away from populated areas and the IGP has noticed no changes in the unrest at Ubinas such as increased seismicity that would suggest a larger eruption is in the works. However, the IGP has said that snow falls on the summit of Ubinas, these explosions will continue as water seeps into the heated rocks and the Institutuo Geológico Minero y Metalúrgico de Arequipa (Ingermmet Arequipa) will be sending seismologists to take a closer look at this recent activity.